The UK’s most popular car colour 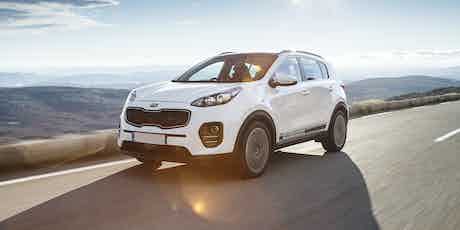 What’s the UK’s most popular car colour? If you think you know, check out our article to see if you’re right…

For the third year in a row, white has been named as the UK’s most popular car colour. More than one-in-five new cars sold in 2015 were specified in this shade translating to more than half-a-million new white cars hitting the road. This is in stark contrast with its meagre 1.1 per cent share in 2007.

While it retains its the top position, it only improved its share compared to 2014 by 2.2 per cent compared to second place black’s 5.3 per cent. This means that, if this trends continue, black cars could soon retake the lead. Also making big gains was third place grey – popularised by German brands such as Audi and Mercedes – with an impressive 21.1 per cent gain translating to more than 400,000 new grey cars.

On the whole, understated shades were much more popular with UK buyers generally preferring to fly under the radar in a white, black or grey car rather than stand out with a striking hue. Nevertheless, the biggest gains in the top 10 were seen by green cars – the seventh most popular colour – with a 31.2 per cent improvement and, bizarrely, mauve cars which moved into tenth place representing a 30 per cent improvement.

One group sure to benefit from the continued popularity of white and black cars is car wash owners. As explained in our best car colours post, white and black cars might have excellent residual values but are among the hardest shades to keep clean, guaranteeing plenty of future work for your local car washers.

Check out our car paint types guide then our best car colours post to help you decide which colour is for you. Pick your ideal new car in our car chooser then head over to the new car deals page to see the discounts carwow could help you get.