News What the 2015 budget really means for UK motorists

What the 2015 budget really means for UK motorists 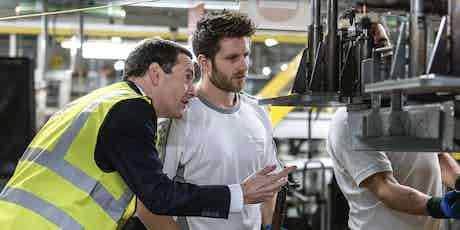 Normally, budget day is an excuse for the Government to give drivers a kicking. 2015’s red case, however, might have some surprises in store

The summer 2015 budget contains several important changes for UK motorists, and some of the changes may even save you money.

Here are the five most important things car owners need to know about the 2015 summer budget.

Tax bands are being changed

Where, previously, cars were taxed according to the amount of CO2 they emit, they will now be divided into three bands – zero-emissions, standard and premium. The Government claims most cars will fall into the standard category and pay around £140 per year.

Cars costing more than £40,000 will fall into the premium band and thus pay £450 per year. If you buy a car new, you’ll still pay tax according to CO2 emissions for the first year only.

For an in-depth breakdown of how the new tax bands will work, check out our 2017 VED bands guide.

No tax for zero-emission vehicles

In response to consumers gradually moving towards eco-friendly electric cars, the Government won’t charge road tax on zero-emissions vehicles. This will encourage more people to switch away from fuel-burning engines and clean up city streets.

As we explained in our road tax exposé, vehicle excise duty isn’t a road tax in the sense that it pays for the roads – it’s a tax on cars. From 2020, however, the money you pay to the government for the privilege of using the roads will actually be reinvested on them.

This means the roads will get more direct funding rather than from a Government pot. We’re hoping this means road improvement projects will happen quicker, disruptions to motorists will be reduced and the appalling state of Britain’s road surfaces will be cleaned up.

In a move the Chancellor claims will save ‘billions’, the starting point for MOT testing has been moved back by a year. Previously, if you owned a car from new, you had to get the first MOT after three years of ownership.

Now you don’t have to take your first MOT until your car is four years old. This means every new car owner can save themselves the cost of a test in the third year. With the increasing reliability of modern cars, we’re hoping it doesn’t lead to more motorists stranded by the side of the road.

Thankfully, the Chancellor has decided to maintain the freeze on fuel duty for the rest of the year. This means we shouldn’t see any outrageous rises in fuel costs like those at the start of the financial crisis.

Still think fuel’s expensive? Read our fuel price exposé to discover when fuel cost as much as £3.00 per litre.

Read our more in-depth guide on the 2017 road tax bands, then head over to our car configurator to find out how much carwow could help you save on your next car. If you’re not a fan of paying tax – read our list of tax exempt cars. To see our latest discounts, check out our deals page or, if you’re still not sure what car to get, head over to out car chooser.