News Herbie, The Beast, Bob? What do you call your car?

Herbie, The Beast, Bob? What do you call your car? 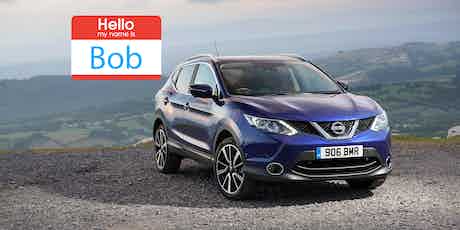 carwow’s survey of 1,000 Brits asked what do you call your car? The ubiquitous ‘Bob’ topped the survey, see the full results here…

What do you call your car? Considering it’s one of the biggest purchases you’ll make and how frequently we use them it’s hardly surprising we like to personify our four-wheeled friends. So what are the UK’s most popular car names?

We asked 1,000 British people what they called their cars. From the mundane and meek to the weird and wonderful, UK buyers have eclectic tastes when it comes to giving monikers to our motors.

James Hind, CEO of carwow, said: “Cars are these amazing products that generate a lot of feelings for a lot of people – there’s not really any other product people use regularly that gets a name and the emotional connection that comes with it.”

The UK’s most popular car names

Bob – known for being a respected builder or as Edmund Blackadder’s crossdressing love interest – came out on top. Bob was the name most picked by men and the name most commonly chosen by 18-44 year olds. Ladies weren’t so enamoured with Bob, instead selecting Betty as their top pick.

For people between 45 and 54 years old, Herbie was their favourite name, reflecting the cultural impact a film about a VW Beetle with a mind of its own had on impressionable youngsters throughout the ’70s and ’80s.

Number three went to Betsy – a reference to the eponymous 1978 film about the development of a super-efficient car. Some history buffs looked as far back as 1886 to name their car Bertha – after the wife of Karl Benz who completed the first long distance car journey.

Some of those surveyed were more eclectic in their naming tastes – Silver Dream Machine, Moby Dick and Mr Darcy were among the weirder names suggested. Others seemingly don’t like their car ver much with names such as Loser Cruiser, Oink Oink and Costly.

Want to name a car of your own?

carwow has a network of highly rated, manufacturer-approved dealerships across the UK jostling to offer you great deals. Spec up your perfect new car in our car configurator and you could be choosing your own name within weeks. For help picking your ideal car, check out our car chooser or, to view a range of options, head over to our deals page.