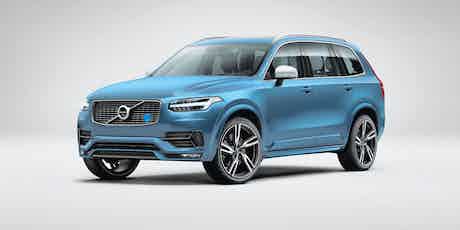 Swedish tuning company, Polestar, has hinted it wants to build a high-performance Volvo XC90. Here’s what we know so far…

Polestar, Volvo’s in-house tuning firm, has hinted at details of a new project. Surprisingly, it’s not a hot-hatch or super-saloon, but the high-riding XC90 SUV that looks set to get the Polestar treatment.

If a stylish Swedish SUV sounds like the car for you, our car configurator could help you get a great deal on a number of brand new Volvos.

Before a full-production model arrives, Polestar has announced a series of bolt-on upgrades for existing Volvo models that aim to increase the engine power and improve vehicle dynamics. The D5 diesel and T6 petrol engines in the XC90 will both be eligible for the Polestar treatment that ups the power to 233hp and 334hp respectively.

Torque figures are improved by around 10 per cent for both engines, which should make them more responsive at medium revs, and the automatic gearbox now changes gear faster thanks to new settings. The ‘box has also been programmed not to shift gears during hard cornering so as to help maintain the car’s composure.

Improvements have also been developed for the D4 diesel and T5 petrol engines, as fitted to S60, V40, V60 and XC60 models, including Cross Country variants. These units receive a similar boost in power and torque, designed to make them more usable in the mid-range.

All these upgrades can be carried out at any authorised Volvo dealer in around 30 minutes, at the cost of £835.

Since Polestar was bought by Volvo this July, it’s been busy developing an all-new tuned version of Volvo’s advanced Drive-E four-cylinder petrol engine. While it’ll soon see service in the S60 and V60, it was recently suggested that a performance hybrid version of the XC90 could use a similar unit.

The 2.0-litre unit will be fed by both a supercharger and a turbocharger, and could produce as much as 375hp – 59 more than the standard engine. Polestar has also announced that it plans to work on the D5 diesel engine for use in future high-performance Volvos. It’s likely this engine will be offered as an option on the XC90 but with significantly more than the standard 222hp output. It’s also expressed an interest in hybrid systems, but nothing is yet confirmed.

The Volvo has a hard fight on its hands against rivals such as the BMW X5M – this German SUV produces over 550hp – but a Polestar XC90 with a hybrid drive system could win over buyers looking for a balance between fuel economy and outright speed.

In order to make the burly XC90 handle more like a sports car, Polestar will make numerous chassis and suspension modifications. Lower, stiffer suspension and some powerful brakes to help haul the speedy two-tonne XC90 to a stop are a must.

The exterior will receive a customary Polestar bodykit, probably based on the R-Design model (shown in photos here) while new, larger alloy wheels are very likely additions. The interior could well be fitted with new sports seats and possibly Polestar specific trim-pieces. What we do know, is that it will certainly be offered in Polestar’s vivd ‘Rebel Blue’ paint scheme.

Having built racing Volvos for many years, there seems no better company than Polestar to ensure the XC90 feels at home on the race-track as well as the farm-track.

Save money on your Volvo XC90

If you want to get you hands on this great Swedish SUV, our Volvo XC90 car configurator will help you find one at a great price. If you’re not sure if this is the seven-seater for you, then our car chooser and deals pages can help you find the perfect car.