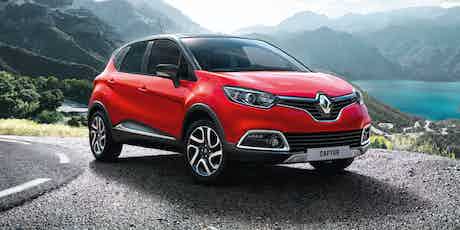 Renault has improved both the Clio and Captur infotainment systems but, do these upgrades make them any more tempting?

Renault has announced that new Clio and Captur models will receive an infotainment system upgrade on all but entry-level models.

Both cars will now include a DAB radio while Renault’s ‘MediaNav’ and ‘R-Link’ infotainment systems have been improved. Bluetooth, live traffic information and Apple iPhone compatibility have been added to the former, while drivers of cars equipped with ‘R-Link’ touchscreens will find them clearer and easier to use than older models.

The Renault Clio range has undergone a number of slight changes, the ‘Expression+’ trim level will be renamed ‘Play’ to match the smaller Twingo supermini and the ‘Dynamique S Nav’ will be fitted with new grey upholstery and a revised, leather-trimmed steering wheel.

Save money on your new Renault

If these new tech updates have piqued your interest, put a Renault Clio or Renault Captur into our car configurator to let carwow find you a great deal. If you’re not sure which is the car for you, our car chooser and deals pages are here to help.