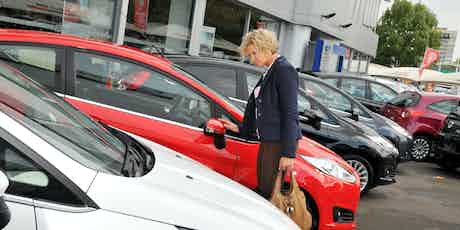 It sounds too good to be true, but could a new car actually be cheaper than a used vehicle? Keep reading to find out…

If you want the cheapest way into car ownership, you have to buy secondhand, right? Not necessarily – research by What Car shows you could get a better deal by buying a brand new car.

Surprisingly, one in three new cars could offer you a better deal than a comparable, one-year-old, used vehicle. This is thanks to a combination of low interest rates and some very competitive manufacturer-backed deals.

Now is the perfect time to use our car configurator to build your ideal new car, and get it for a great price.

Researchers factored in the cost of deposits, monthly repayments, MOT tests and depreciation when buying new versus used cars. Much to their surprise, they found that in 29 per cent of cases, a new car made more financial sense.

The same deals that produced these findings could, in fact, be responsible for the surge in new-car sales in recent months. July, for example, saw an increase in new cars bought on finance of 13 per cent, while more cars were sold in September than any month since records began.

The same team singled out a number of vehicles with particularly good deals, including the Kia Picanto. With a purchase price of £8,845, a new car would cost an additional £3,719 to run over a two-year period. Choose to buy a 12-month old used car and, after two years, you’d have spent an extra £660 compared to the new buyer.

The Nissan Micra was another model highlighted as a better car to buy new than second-hand. Once personal finance, MOTs and depreciation had been factored in, a used vehicle could end up costing you £400 more over two years than a brand new car.

Although more expensive cars cost more to buy brand new thanks to heavy depreciation, the savings you make in buying a second-hand vehicle can be minimal. A used Lexus NX300h, for example, might save you less than £300 over a three-year period, compared to a brand new car.

Save even more money on your new car

With news that new cars could be cheaper than identical used vehicles, there’s never been a better time to buy a new car. Use the carwow car configurator to let dealers from across the country send you their best offers. If you’re not sure which is the car for you, our car chooser and deals pages are the best places to start looking.