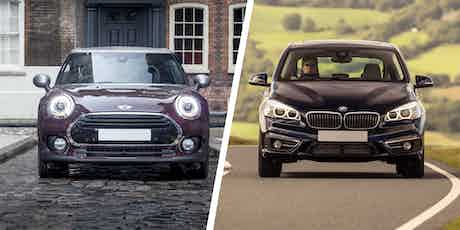 The Mini Clubman and BMW 2 Series Active Tourer will now benefit from a new four-wheel drive system but, is this new upgrade worth it?

Both the Mini Clubman and BMW 2 Series Active Tourer will be offered with an optional four-wheel-drive system when the new models are released in 2016.

Although they’re very different cars, the Clubman and 2 Series share many mechanical components and are based on the same platform. The same drivetrain is shared with the larger seven-seat 2 Series Gran Tourer and the X1 SUV.

If you’d like some more information, our thorough guide to four-wheel-drive systems is here to help.

An additional driveshaft and gearing to power the rear wheels usually brings a weight penalty but Mini claims the mass of the whole system is only 61kg – less than your average passenger.

An extra clutch located on the rear axle allows torque to be split between the front and rear wheels. This system allows the car to make the most of the grip available whatever the road surface and weather conditions.

When the driver requires maximum efficiency, the Mini ‘ALL4’ system can be turned off, allowing the engine to drive the front wheels only. This helps to reduce fuel consumption and unnecessary wear on the system.

The addition of four-wheel drive to the 2 Series Active Tourer means it now comes with an xDrive badge on the boot, although the new mechanical underpinnings are the same as the Mini.

The four-wheel drive version of the Active Tourer comes with BMW’s eight-speed automatic gearbox as standard and a choice of petrol or diesel 2.0-litre engines. The Active Tourer’s fuel economy takes a slight hit thanks to the added weight, but probably not enough to deter many prospective buyers.

The xDrive Active Tourer gets more standard equipment than the two-wheel drive car but carries a significant £3,050 premium. This may sound a little steep but, if you’re after the security of four-wheel drive and the satisfaction of a top-of-the-range model, the xDrive variant starts to makes sense.

If you’re looking to buy a new car, try our car configurator – it’ll show you great prices from dealers across the UK. If you’re not sure which car to buy, check out our deals pages and car chooser tool.