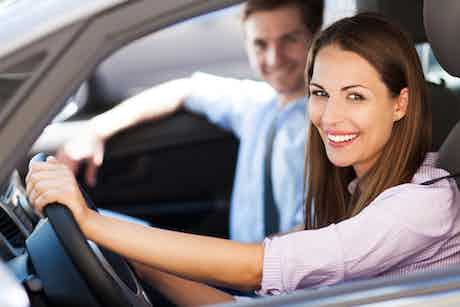 Looking to buy a new car in 2016? Well, great news! There’s never been a better time to take the plunge, following the announcement of record growth in the new car market. Better sales leads to more confident manufacturers which means better deals for buyers.

According to figures from the Society of Motor Manufacturers and Traders, 2015 has seen 2.6 million new cars registered – a 6.3 per cent rise over 2014 and the fourth consecutive year of growth. 2015 also saw the best December on record with registrations boosted by eight per cent compared to the same month in 2014.

Chief Executive of SMMT, Mike Hawes, said – “Buyers took advantage of attractive finance deals and low inflation to secure some of the most innovative, high tech and fuel efficient vehicles ever produced”.

Buyers were mostly split down the middle between petrol and diesel models. The figures show petrol was marginally the more popular choice in 2015, accounting for 48.8 per cent of the market compared to diesel’s 48.5 per cent share. This slowly reverses the trend seen in 2014 where diesel was the more popular fuel type.

Alternatively fueled vehicle sales grew a massive 40 per cent compared to 2014. Breaking that growth down, sales of plug-in hybrid cars doubled over the preceding year and pure electric vehicles grew by roughly 50 per cent. Overall, alternative fuel cars (including hybrids and pure electric cars) secured their largest ever market share at 2.8 per cent of total new registrations.

2015 saw the Ford Fiesta maintain its grip on the best selling spot – selling just over 40,000 more units than its closest competitor, the Vauxhall Corsa. Ford continued its domination the top spots, with its Focus placed third best seller, while the Volkswagen Golf and Nissan Qashqai rounded off the top five – all of which are currently available from carwow.

Buoyed by this good news? Head over to the carwow new car deals page to configure your ideal new car and see how much you could save. To narrow your selection, check out our car chooser tool.