News London £10 T-Charge – which cars have to pay

London £10 T-Charge – which cars have to pay 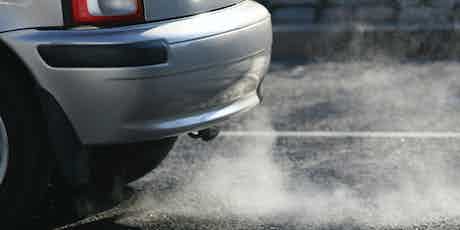 What is the London T-Charge?

Mayor of London, Sadiq Khan has announced the introduction of a new charge for high polluting vehicles wanting to travel into the city’s centre. Dubbed the T-Charge, the extra £10 will be levied on top of the existing congestion charge and could see the least environmentally friendly cars paying £21.50 per day to enter the capital. The new toxicity charge will apply from 2017 to all vehicles that don’t meet at least Euro 4 emissions standards – a general yardstick measuring a number of exhaust pollutants. Nearly every new car sold today meets much more stringent Euro 6 standards or, at the very least, Euro 5, meaning new car buyers have nothing to worry about.

Euro 4 standards became mandatory for cars registered after 2005, so owners of cars more than a decade old might want to check what standard their car meets. The charge applies regardless of what type of fuel the car takes.

It comes in response to rising levels of pollution in the city which allegedly contributes to up to 10,000 premature deaths every year. In addition to the new charge, the mayor announced a new Ultra-Low Emissions Zone that will extend past the congestion charge area and on to the North and South Circulars. Like the centre of London, vehicles in the Ultra-Low Emissions Zone will have to pay £12.50 from 2019 if they don’t meet similar emissions criteria as the new T-Charge with prices spiralling upwards for lorries and large commercial vehicles. While London’s pollution isn’t new, the scheme’s introduction has no doubt been accelerated by the 2015 emissions scandal where some diesel cars were found to be cheating official tests. To mitigate their environmental damage, Sadiq Khan has also instructed Transport for London to investigate the feasibility of a scrappage scheme for affected diesel models.