Infotainment systems cause half of common modern car reliability problems 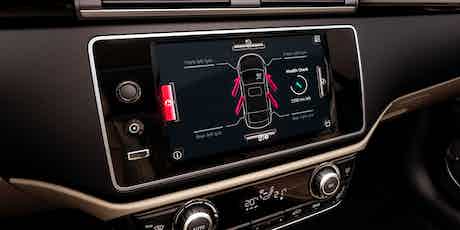 As cars get more advanced, so do the problems that afflict them. Broken infotainment systems are now among the most common complaints

It’s true that modern cars are significantly more mechanically reliable than those of just five years ago – despite being more advanced than ever.

However, a recent survey by JD Power shows that the most common problems in new cars are caused by infotainment systems.

The most common complaints surrounded issues with pairing phones with in-built Bluetooth, jointly tied with problems getting radio reception. Following that were problems with voice recognition technology failing to recognise given voice commands, itself tied with issues getting the navigation system to start up. The final infotainment issue to break into the top 10 was inaccurate or simply incorrect instructions given by the sat nav.

In our opinion, we don’t know why manufacturers are bothering at all to develop expensive infotainment systems. Effectively every potential owner will have a smartphone designed by companies who spend millions ensuring their devices work reliability and intuitively. We feel better integration of smartphones via systems such as Apple CarPlay, Android Auto and Mirrorlink would work better for the majority of motorists.

In a separate study, JD Power found buyers who found audio systems in cars difficult to use were put off buying that brand again by a larger degree compared to other issues. This shows that it pays for carmakers to make their infotainment systems as easy to use as possible.