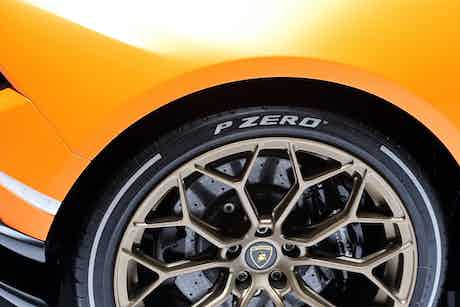 The 2018 Geneva Motor Show runs from 6 to 18 of March, and will be home to some of the year’s biggest new car unveilings. Read on for a full list of the cars that will be revealed at the Swiss show.

It’s unlikely anyone’s after a giant hybrid Bentley SUV in a bid to save the planet, but if the Bentayga hybrid borrows the Porsche Panamera’s V6 or V8 hybrid options then at least it’ll be cheap to tax, and may qualify for free London congestion charge.

It’s been a while since BMW offered a big coupe that truly felt luxurious (sorry, 6 Series), and that’s exactly what the 8 Series promises. Not only does it look brilliant, but it should feature some fancy new technology that’ll trickle down to less expensive BMWs. See some photos BMW would rather you didn’t see over in our new BMW 8 Series guide.

The BMW iX3 is an all-electric version of the BMW X3. And there’s a chance it’ll be revealed at the Geneva show – read our full guide to the BMW iX3 for more info.

The new X3 released early this year has already shown promise, so the coupe version of it – the X4 – will likely be just as good. It loses a bit of rear headroom compared to the X3, but it makes up for it with a dash more style. Read more about the new BMW X4.

If the normal 488 wasn’t quite fast enough for you, how about the 488 Pista? It uses a 700hp race-derived engine, has more downforce than you can shake a wind tunnel at and you’ll have to be invited to buy one.

The Ford Edge is a big SUV that hasn’t been in the UK long – however, an updated version is already kicking around in America, so we’ll see it come over here fairly soon.

The Hyundai Kona Electric has already been unveiled but will appear at the Geneva show – it brings near-silent running and peppy town performance to Hyundai’s funky small SUV.

If you’re after a well-equipped and reasonably priced seven-seater SUV then it may be worth waiting for the new Santa Fe – read our new Hyundai Santa Fe guide for more info.

After what feels like years of teasing, Jaguar will finally unveil an uncamouflaged version of the I-Pace at the Geneva Motor Show. It’s a sporty all-electric SUV – our insider sources claim it’s incredibly quick up a mountain road. Read our I-Pace news story for more info.

Kia’s all-new Golf rival will lose an apostrophe and get an all-new interior and infotainment system, and – for the first time – there’ll be an estate option. Check out our Kia Ceed news story for official pictures.

This three-door, four-seat Range Rover Coupe will be limited to just 999 cars and will likely be very expensive. Read all about it in our Range Rover SV Coupe guide.

The Lexus UX will be a small SUV to rival the likes of the Audi Q3 and BMW X1 – it’s now been unveiled. Check out our Lexus UX story for the first official photos.

Mercedes has already unveiled the all-new A-Class, but it’ll get its first public showing at the Geneva Motor Show. With a whole new range of engines and infotainment systems, it’s set to give the Audi A3 Sportback a run for its money.

This slinky four-door sporty Coupe will be a powerful V8-powered alternative to the likes of the Audi RS7 (when it goes on sale), the BMW 6 Series and the Porsche Panamera. See all our spy shots in our Mercedes GT4 news story.

New headlights and a grille will likely be the only real exterior changes to the C-Class saloon, but inside it’ll get Mercedes’ latest infotainment systems, a new steering wheel and a few more subtle tweaks. See how it’ll look in our C-Class facelift spyshot story.

The new Peugeot 508 has been revealed – and it’ll be the French brand’s alternative to the likes of the Ford Mondeo, Vauxhall Insignia and VW Passat. Check out its striking looks in our new Peugeot 508 story.

SEAT has unveiled the first car to be released under its standalone Cupra brand – the Cupra Ateca. Read our full story on the 300hp, 4×4 Cupra Ateca for more info.

Volkswagen Group’s Spanish brand has teased its Tarraco seven-seater SUV. It’ll be a rival to the Skoda Kodiaq and VW Tiguan Allspace, with which is shares most of its parts. Be among the first to see it in our SEAT Tarraco news story.

The Fabia won’t be properly replaced for a few years, but in the meantime, the Czech brand will give its small family car a smarter new look with new headlights and a more up-to-date infotainment system. Check out our Skoda Fabia facelift news story for more details.

The new version of the cult classic Toyota Supra will be unveiled at Geneva – this hard-top sportscar will share an engine and most of its components with the new BMW Z4, due later this year. Read our full Toyota Supra news story for a sneak peek.

The new Touareg isn’t actually going to be unveiled at Geneva, but it’ll be shown off soon after, on 23 March in China. VW’s biggest SUV is so long in the tooth it can chew its own toenails – the new one will be lighter, more efficient and probably look like a giant Tiguan.

The Volvo V60 estate will appear at Geneva but we’ve already had a look at it in the metal. Check out our Volvo V60 news story to see what it’ll look like.