carwow Car of the Year Awards 2018 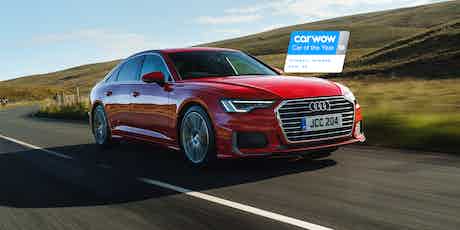 The Audi A6 has won carwow Car of the Year 2018. It beat off tough competition from the Mercedes A-Class in a unique poll where carwow’s 23-million strong YouTube audience cast the deciding vote.

The Audi also picked up the carwow Luxury award, while the A-Class scooped the Game Changer award. Volvo was recognised as the Manufacturer of the Year.

Andrew Doyle, Director of Audi UK, said: “By winning the Luxury Award but also taking the top spot as overall Car of the Year, the A6 has not only had to convince a highly knowledgeable and experienced judging panel at carwow, but also its audience of 22 million discerning viewers and readers. That’s an unenviable task, and the fact that the car has prevailed really speaks volumes about what the team behind it has achieved. These endorsements are great springboards for the new model line and we appreciate them greatly.”

Jon Wakefield, Volvo Car UK Managing Director, said: “It is a genuine honour for Volvo to be named Manufacturer of the Year by carwow. As a brand, we are seeking to deliver valuable innovations that make driving better connected, more convenient and safer, while at the same time designing and engineering cars that are highly efficient, enjoyable to drive and meet all the priorities of today’s customers in terms of contemporary style and everyday practicality. And it’s on this last point that we’re delighted that our V60 estate has again been selected as one of the best new cars on the market.”

A total of 16 awards were handed out, recognising the best in car tech, comfort, green credentials, and value among others.

The awards were voted for by carwow’s team of in-house reviewers and writers, led by editorial director Mat Watson, and based on what visitors to carwow are watching and reading.

Mat Watson said: “With more than two million people reading our website and more than 22 million views on our YouTube channel each month, carwow has an amazing insight into what car buyers want from their new cars, and the awards are specifically designed to help them make sense of a confusing market.

“The winners are all amazing and we look forward to driving, reviewing and rating hundreds more cars for the carwow audience in 2019.”

Overall Car of the Year and Luxury Award: Audi A6. Mat and Jo Davis from Audi

Most Watchable Award: Tesla. Mat and Miriam Attou of Tesla

Manufacturer of the Year: Volvo. Mat and Jon Wakefield from Volvo