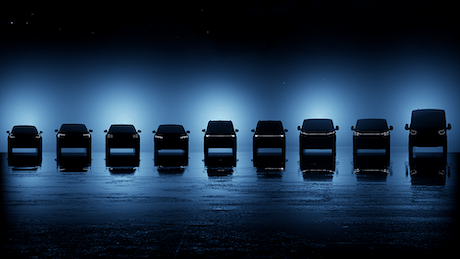 Ford is set to release nine new electric models by 2024, with the first of those being an electric version of the Puma.

An electric Ford Puma is on the horizon and will join another six EVs from the manufacturer by 2024.

Currently, Ford offers the Mustang Mach-E with the E-Transit coming later in 2022, but it’s targeted annual sales of at least 600,000 electric vehicles in Europe by 2026.

Seven new electric cars are on the way to help the brand achieve that. The Ford Puma is the first confirmed new car to receive an EV overhaul, and is set to enter production in 2024. No word yet on specs, though.

Alongside the Puma will be a new ‘sport crossover’ and a ‘medium-size crossover’. The latter is likely to be a replacement for the current Ford Kuga, though the former looks to be a new entry for the brand.

There’s no SUV that sits between the Puma and Kuga currently, which is where this new model is likely to sit. Ford does offer the Fiesta-based Ecosport, but this is similar in size to the Puma and is unlikely to be replaced.

Electric versions of the Ford Transit Custom and Connect are in the works as well. These will underpin new Tourneo passenger versions too.

Can’t wait for the electric Puma? Check out deals on the standard car or compare the latest electric cars