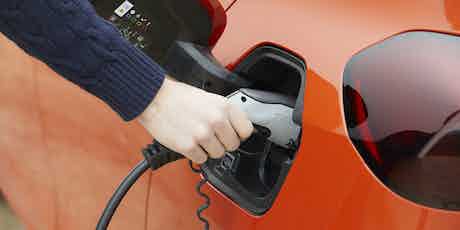 One of the best things about owning an electric vehicle is the low running costs — after all, electricity is so much cheaper than petrol.

Have you considered that you could make it even cheaper by switching providers, though? More and more energy providers are incentivising tariffs for electric car drivers to get more value for their money.

Fancy changing your provider? Read on for a guide to the best energy providers for electric vehicle owners…

Do I need to pay more for my electricity with an electric car?

You’re bound to pay more on your electricity bill once you switch to an electric car — though providers won’t increase the amount you pay per kWh for energy for simply owning an EV.

If the thought of higher energy bills scares you a little though — compare it to how much you’d spend on fuel for a petrol or diesel car and it’ll seem a lot rosier.

Do I need to tell my energy provider I have an electric car?

You don’t need to tell your energy provider that you’ve made the switch to an electric car on a regular tariff, as you’ll pay the same for unit rates charging your EV as you would powering any other device.

It might be a good idea to call them telling you do have an EV though, because…

More and more energy providers are offering incentives to people who make the switch to an electric car, including tariffs designed specifically for EV owners. Much like these lot below.

British Gas has a tariff designed for electric car drivers. Simply called Electric Drivers June 2022, it gives you cheaper energy in off-peak hours — 00:00 to 05:00 — so you can top your car’s battery up overnight for less.

You won’t have exit fees on this tariff either, plus you can get a free smart meter with it to help keep an eye on your energy usage a bit easier.

To take advantage of this tariff, you may need to prove to British Gas you have an EV with a home charger installed though, and you’ll need both your gas and electricity from the company. You also won’t be able to transfer it over to a new address if you’re moving house.

E.On offers a tariff called E.On Charge, which fixes both your electricity and gas unit prices for a year as well as offering £30 back after six months as an equivalent to 850 miles of charging.

E.On also says the energy for this tariff comes from 100% renewable sources, so you can add to that extra bit of eco-friendliness that comes with driving an EV.

You’ll have to have a smart meter installed by E.On if they decide to do so as part of this tariff though, and you’ll have to pay £30 of exit fees for both your gas and electricity if you wish to switch providers during your contract term.

If you’ve got an EV, you may know Ecotricity from its network of motorway charging stations. It offers home energy tariffs too, with some incentives for drivers of electric cars.

It offers a Fully Charged package, which it says has a cheaper rate of electricity than normal, plus a £40 discount on a Rolec WallPod EV home charger. You’ll get half-price charging on the Ecotricity public charging network too.

As Ecotricity doesn’t lock you into a contract though, your unit rates can go up or down — so your energy bills may be a bit harder to predict. There are no exit fees though if you change your mind down the line.

There are two tariffs offered by edf under GoElectric branding, designed exclusively for drivers of electric cars.

There’s the 35 — which allows for cheaper off-peak charging — as well as the 98 which gives you half-price electricity on weekday evenings and across the weekend, which for most will be the peak times to charge your car.

You will need a smart meter installed for either of these tariffs, and you’ll need to take out another edf tariff before you can make the switch over.

OVO’s EF Everywhere tariff gives EV owners a free subscription to the BP Pulse charging network, so you’ll get free rapid charging while you’re out and about.

It says the energy for this tariff comes from 100% ‘green’ sources too. You are tied into a two year fixed contract though, and OVO may ask to see the V5C to your EV or plug-in hybrid before you can make the switch over to the tariff.

Octopus Energy offers its Octopus Go package, which gives you cheaper electricity between 00:30 and 4:30 each night to allow you to charge your EV overnight for less than you would on a conventional tariff.

That’s the only added benefit to the tariff, but it isn’t locked into a contract so you’re free to switch providers down the line if you fancy it. You’ll get a free smart meter if you don’t have one already, too.

Scottish Power claims you’ll be able to charge your electric car for up to 10 times less than the cost of filling up a petrol equivalent per mile with its SmartPower EV tariff.

You’ll get lower unit rates between 00:00 and 05:00 for cheaper overnight charging, plus Scottish Power offers packages on home chargers for EVs if you don’t have one installed already.

Unfortunately, you can only switch over to this if you’re an existing Scottish Power customer and you’ll need to have a smart meter installed.

Shell Energy is offering a tariff called Charge and Drive 2021, which will see the company credit you with £6.67 per month — which it says works out to the equivalent of 2,000 miles of charging your car over the cost of the year.

You’ll need to prove you own an electric car though and have a smart meter installed. If you haven’t got that meter already though, Shell will fit one free of charge.