What is engine remapping? A complete guide 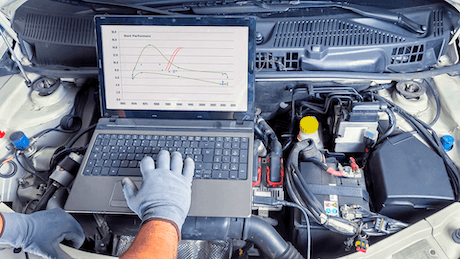 Engine remapping is seen as a relatively low-cost way of tuning your car.

Though most remaps will focus on increasing your car’s power and performance, it’s also possible to improve your engine’s fuel efficiency with a remap.

Is a remap really worth the extra cash, though? This guide should help you decide.

What is engine remapping?

Engine remapping is when the car’s onboard computer (often called an Electronic Control Unit, or ECU) is modified with new software to affect its behaviour.

From the factory, the vast majority of cars won’t have their engine’s maximum potential performance on offer — even on sports cars. ECUs usually limit the engine’s performance to improve reliability, emissions and fuel consumption.

Your car’s engine may also be limited slightly to make sure it can deliver a good balance of fuel consumption and outright performance in less-than-ideal conditions, such as very hot weather (when engines typically produce less power.)

A remap is usually done to unlock more power from an engine by removing some of these restrictions. It’s also possible to have a remap focused on increasing fuel consumption as well.

How does engine remapping work?

An engine remap is performed by writing a new software program onto the engine’s electronic control unit (ECU). This is a relatively simple method of tuning, usually done by plugging a laptop into the car’s OBD port (the same plug most garages use to diagnose a problem with your car if it breaks down.)

Of course, it’s not quite as simple as downloading the software online and doing it yourself. You’ll need to hand your car over to a trained professional, though some companies do offer a DIY service.

This new software will look to optimise the engine’s behaviour to improved performance.

What are the benefits of engine remapping?

Remapping prices vary, but it can be one of the most affordable ways of improving your car’s performance.

You don’t need to upgrade any physical aspect of your car to get the performance benefits of a remap. In fact, it’s usually the other way around. Many aftermarket parts will require an engine remap to make sure they’re working as well as they can.

In many cases, a car’s remap can be reversed. So, if you decide you’d rather have the original software installed back on your car, it’s easily done. That said, this won’t bring back the warranty you’ve voided.

What are the drawbacks of engine remapping?

Though it’s an easy and invisible way of tuning your car, the vast majority of car warranties will be voided by a remap. It’s still an alteration of the car after all, which could affect the reliability of your engine beyond the manufacturer’s control.

That said, there are some exceptions. For example, Ford worked with specialists Mountune to offer some of the latter’s remaps on the Focus RS without affecting the manufacturer warranty. Always check your paperwork, though.

Any type of performance modification to your car will usually result in an increase in your insurance cost. That applies to remaps as well.

If you fail to mention it, your insurer may void your policy in the event of an accident and could refuse to payout.

Though you’ll get more performance, a remap will put more stress on your engine too. This can have an adverse effect on the reliability of your car and components could fail earlier than expected from the factory.

How much does it cost to remap an engine?

As with many performance upgrades, a remap can cost as much or as little as you’re willing to invest. Often remaps will come in various ‘stages’.

The most affordable remaps are often referred to as a ‘stage 1’ upgrade and are usually just a light reprogramming for a small performance boost. These usually cost around a few hundred quid.

‘Stage 2’ remaps may require a little more work to the engine — usually a new air filter and some exhaust improvements. These will naturally add to the cost of the upgrade, and can often close in on or surpass £1,000.

‘Stage 3’ and above are the most serious remaps. These will work with major engine upgrades — think new turbo systems and new internal components like pistons — to extract serious performance from a car. As a result, these can cost thousands of pounds.

Remapping a car will add more stress to your engine. Though many are pretty safe, you’ll need to pay extra care to keep your car well-maintained.

As a rule of thumb, the more power you get from a remap, the more it’ll affect your car’s reliability.

Can you remap any car?

Most modern cars can be remapped, but some older models with dated software cannot.

To what extent a remap will impact your car can vary wildly depending on your model and where you have it remapped.

Remapping your car will almost always increase your insurance premium. You must declare it to your insurer too — failure to do so could see your policy cancelled.

Where can I remap my car?

A number of dedicated tuning houses offer remaps. Some will focus on particular models, with others offering a wide range of services.

Never attempt to alter the software of a car’s engine yourself. Unless you’re a trained technician that knows exactly what you’re doing.

10 of the best 60s cars
Road tax on electric cars: what you need to know
Drag race: Porsche 911 Turbo S vs McLaren 720S vs Lamborghini Aventador SVJ
VW Tiguan vs Skoda Karoq – which is best?
What does the engine management light mean?
Skoda Karoq vs Skoda Kodiaq – which is best?
8 of the best home EV chargers
Ford Titanium: what is it and is it worth it?
Ford EcoBlue engines explained
The best alternatives to the Ford Kuga
How to tow a car
Box junction rules
Drag race: Ford Mustang CS500 vs Mini Hayabusa
carwow 1/4-mile (400m) drag-race leaderboard
Volkswagen Passat vs Skoda Octavia