What is a three-door car? 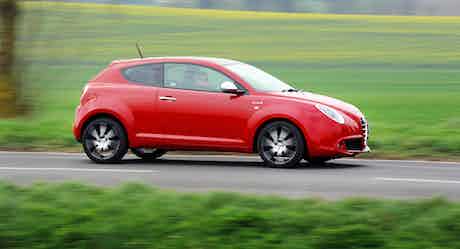 Picture the scene: after years of loyal service, your old car finally gives up on you for the final time. With a heavy heart, the search begins for a new car.

You don’t want anything fancy, just a runabout to get you safely and reliably from A to B. You tell your friendly neighbourhood car salesman that you’re looking for a two-door car. He points you in the direction of the sporty coupes. “No, I just want a little two-door car!” you say. “You mean these?” he replies, pointing at the superminis, “but they’re three door cars!” He laughs at you while you look on, bewildered.

Technically, the salesman in that fictional tale was right (if a little mean). Of course, you’d not only like to avoid confusion but also give the impression that you know the basics when buying a new car – so what is the difference between a three-door and a two-door car?

Why is it called a three-door when I can only see two?

Put simply, any car with a rear hatchback (a large door which includes the rear window, which opens so you could technically climb into the back seats through the boot) plus one regular door on each side is classed as a three-door car. This is because the boot is still able to provide direct (if slightly less graceful) access to the cabin, unlike a two-door car, where the boot opening is usually much smaller.

Therefore the likes of the Ford Fiesta and Volkswagen Polo should always be referred to as three-door cars (unless, of course, you opt for the five-door versions!). A Mini Coupe or Toyota GT86, on the other hand, would be known as a two door car (or coupe), because their boots don’t open into the cabin.

And that’s all there is to it! Now you can walk in to a showroom and impress the sales team with your car-buying knowledge.

So we understand two- and three-door cars a little more, but if you need the extra practicality you’ll probably be wanting a five-door car. No, not three on one side and two on the other! Read our handy guide to learn what makes a five-door car a five-door car.