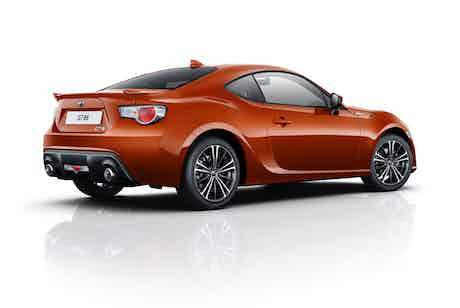 Toyota’s GT86 has become a bit of a modern classic since its launch in 2012, and a host of changes for 2015 mean it’s now cheaper than ever!

When it was unleashed in 2012, driving purists sang the GT86’s praises in unison, saluting Toyota for giving us a good and proper, back-to-basics sports car.

Its combination of engine at the front, rear-wheel drive, a lightweight chassis with a low centre of gravity and its reliance on ordinary tyres (as seen on a Prius!) cemented its smile-inducing allure. The snag was that its price tag of £25,000 + options was a bridge too far for some buyers, such as those toying with trading in their hot hatches.

Would-be GT86 customers will now be grinning from ear to ear thanks to the news that Toyota has reworked the model range so that prices now start from £22,995. That’s right, the new GT86 entry point is now £2,000 more affordable thanks to the introduction of a new Primo model. It’s available to order right now and lucky customers will start taking delivery of theirs from January.

Primo. Nothing to do with coffee

Available solely as a manual (which is no bad thing in this rev-hungry sports car) the new Primo spec’ comes with 17-inch alloys, the Toyota Touch multimedia touchscreen system, twin tailpipes, aluminium sports pedals, a limited-slip differential (helpful for accelerating through corners), air con’, front fog lamps, Bluetooth, power-folding wing mirrors and a tyre pressure warning system which is new to the range.

The first GT86 Primo customers can even save an extra £500 thanks to Toyota’s generosity.

How is it cheaper?

The Primo version is available for less because it misses the ‘normal’ version’s rear spoiler, cruise control, LED daytime running lights, keyless entry, fancy headlights and push-button start. You’ll still be able to buy one in standard guise, with the option of an automatic gearbox.

The rest of the new four-model GT86 range is comprised of a rather exciting-sounding duo. The first is the new GT86 Aero, shod with classy anthracite grey, 18-inch OZ Ultraleggera alloys and wearing a bodykit including a large rear spoiler and skirts at the sides and front. The GT86 Aero is available with a manual gearbox for £27,495, or an automatic, which attracts a £1,000 premium.

…and a sexy, yellow, limited edition model as well

Taking GT86 ownership into exclusive territory is the new, range-topping Giallo model. Funnily enough, only 86 will be up for grabs in the UK and will be easily spotted with their special yellow paintwork. Some customers may even go for the stripe option, which won’t cost them an extra penny.

The Giallo models will be individually numbered adding to their coolness and the gloss black wing mirror housings along with the exclusive heated front seats sound great. Priced at £27,495, the Giallo will only come with a manual transmission.

What else is new?

All four models in the revised GT86 lineup are fitted with the new tyre pressure warning system, along with an instrument panel finished in a carbon-fibre effect and a new shark-fin roof antenna (replacing the whip antenna that you can see on the previous-generation red car below). If you fancy carbon-effect wing mirrors and a protective bumper plate, you can add Toyota’s new Carbon Pack. All the new GT86 models except the Giallo can be specified with a full leather interior.

As per the original launch model, sat-nav is an extra which can be yours for £750 and the latest GT86 also has an improved audio system available, in the form of the JBL Sound Pack, which comes with a 440W amplifier and nine speakers.

The GT86 has always been a brilliant sports car – it’s just got a bit better, and more accessible