How does company car tax work? 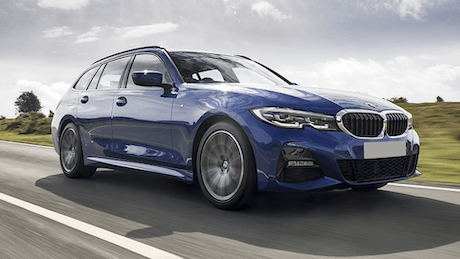 Company car tax is something you’ll need to pay if you’re using a company car privately, including commuting.

A company car is considered a perk of a job for tax purposes, so is subject to a ‘Benefit-in-Kind’ (BiK) rate.

But how does company car tax work, and how much will you need to pay? This guide explains.

The amount of company car tax you’ll pay will depend on the value of the car.

If you only use the car part-time or pay towards its cost, the amount of tax you pay will be reduced.

You’ll be charged according to a BiK (Benefit in Kind) rate, which represents the percentage of a car’s value that is taxable.

This percentage will be calculated based on a P11D form provided to the HMRC by your employer. This takes into account the car’s list price inclusive of VAT, but not the first year of VED or registration fees.

The higher the CO2 emissions of a car, the higher its BiK will be. Equally, cars with an electric range will have a lower BiK. The greater their range, the lower their BiK rate will be, too.

Lease your next car with carwow

Do hybrid and electric cars keep company car tax down?

The lower a car’s CO2 emissions, the less you’ll pay in company car tax. As a result, hybrid and electric cars are among the cheapest.

Has the cost of company car tax increased?

Company car BiK rates have marginally increased for some bands for the 2021-22 financial year.

Company car tax rates do change from time to time, though the Government publishes this info well in advance.

Can I claim tax relief on my company car’s mileage?

You can claim tax relief on the fuel or electricity used to power your car, as well as road tax, MOTs and any necessary repairs.