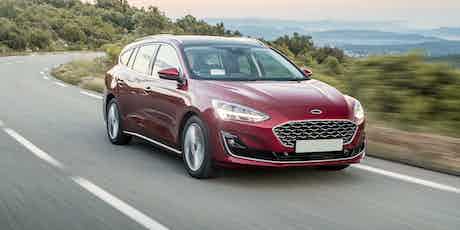 If you’re a motorist, then car tax is a nasty inevitability that you have to endure at least once a year. To help you navigate the minefield that is taxing your car – and those pesky cost increases coming this April – carwow has made a handy guide answering all of your most pressing questions.

What is car tax?

Car tax is a regular payment you make to the government so that you can drive your car on the road. It is mandatory for the vast majority of cars, although some might be exempt. You can pay annually, biannually or monthly.

Do I need car tax?

Most probably. Only two types of car are exempt from being taxed. The first is any car more than forty years old, as this means that it now has “classic car” status. Second are cars that are 100% electric and cost less than £40,000. This is to encourage more emissions-free driving in the UK.

How do I tax my car?

It depends. If you’ve just bought your car, you need to tax it right away. The seller will have given you a green slip called a V5C/2. Near the top of it is a reference number (“Doc. Ref. No.”). Call the DVLA or head to their website and you can use that to tax your car. If you’ve already taxed the car, then the DVLA will send you a letter, called a V11, in the post to remind you to renew. Call the DVLA, go online or head to the Post Office and you can use the info on it to tax your car. Alternatively, you can renew using your vehicle logbook, called a V5C.

How much does car tax cost?

The amount you pay rose on 1st April 2019. The varies based on how old the car is, how long you’ve had it and how much carbon dioxide it produces. If your car was licensed after 1st April 2017, then you can find out how much it’ll cost to tax in its first year in the table below:

The following years will be much cheaper – the most expensive one-off payment is £145 for a year. Unfortunately, if your car cost more than £40,000, that goes up to £455. As you can see in the table below, different rules apply if your car was licensed between 2001 and 2017:

Finally, if your car was licensed between 1978 and 2001, then things become much simpler. Cars with engines smaller than 1.5 litres pay £155 upfront for twelve months’ tax. If your car’s engine is bigger than that, you’ll pay £255.

How do I know if my car is taxed?

Easy! You can find out on the official DVLA website.

Do I still need a tax disc?

No. Tax discs haven’t been mandatory since October 2014.

Can I drive without tax?

No. If you’re caught driving without tax, the police can give you a rather hefty fine. For more handy FAQs, keep an eye on the carwow blog and news feed.