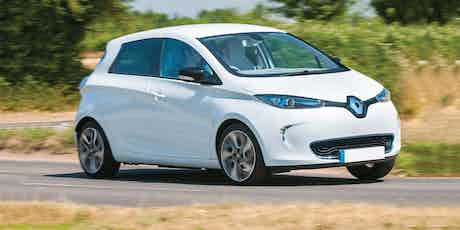 Electric cars are a growing force in the industry and the Renault Zoe is one of the best. Its combination of the benefits of electric ownership and an accessible purchase price led us to name it 2014’s Electric Car of the Year.

Now, Renault has released an updated version that gets the choice of two electric motors depending on what type of driving you regularly do. You can pick from a version that has a longer range, or one that has a shorter range but charges more quickly.

A new in-house developed electric motor is offered for Expressions Nav and Dynamique Nav trims that now offers a 149-mile range on average – a 15 per cent improvement. It still makes the same 88hp and 162lb ft of torque for swift around-town acceleration. Renault still offers a free wall charger to Zoe customers meaning owners can fully charge the car in three to four hours at home.

The older motor remains with its 130-mile range – this version is called the Zoe Dynamique Nav Rapid Charge. As the name implies, this version can be charged to 80 per cent capacity in just 30 minutes from a 43kW point thanks to the inclusion of a rapid charging circuit. Renault says this unit suits those with less predictable commutes for whom a faster recharge is more valuable than a longer range. As before, customers can rent the battery from £45 per month or buy the whole car outright for a little extra.

If you’re charmed by its cute looks, spec up a Renault Zoe in our car configurator to see what deals are available.

All the Zoe’s trims are now followed with the word ‘Nav’ and, as you’d imagine, all versions now get sat-nav as standard. It joins the standard seven-inch touchscreen infotainment system, cruise and climate control, Bluetooth connectivity, USB and aux ports, and front electric windows.

If you step up to Dynamique Nav or Rapid Charge you get keyless entry, a reversing camera, 16-inch alloy wheels, an upgraded sound system, automatic lights and wipers, a leather steering wheel and gearknob, and remote control of charging and the climate control.

See the discounts available by choosing your ideal Renault Zoe in our car configurator. For more options, head over to our deals page or, if you’re still struggling to pick which car you’d like, check out our car chooser.