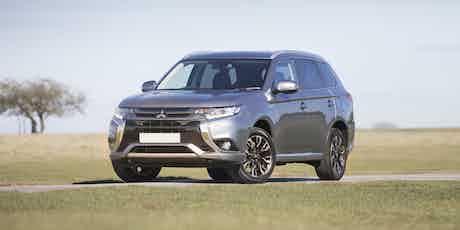 Mitsubishi has announced a new version of the top-spec Juro trim for the Outlander PHEV with a range of high-end features. This new version adds an EV driving mode, enhanced smartphone connectivity, 18-inch alloy wheels and a bundle of other convenient functions as standard.

A highlight of Juro trim is the new Smartphone Link Display Audio system. It supports Apple CarPlay and Android Auto allowing the use of compatible apps such as Google Maps through the car’s infotainment system. Owners can download a Mitsubishi PHEV smartphone app, allowing them to operate the car’s climate control system remotely – perfect for heating the cabin on a cold day.

The Mitsubishi Outlander driving experience is already great, combined with low running costs thanks to a hybrid motor that helps it achieve up to 166mpg and emit just 41g/km of CO2. Juro trim features a new EV Priority road, allowing you to operate the Outlander under electric power only without starting the engine – providing there’s sufficient charge in the battery.

From 2017, Outlander PHEVs benefit from quicker charging times than previous versions – they can reach 80 per cent charge in just 25 minutes and, when fully charged, are capable of travelling up to 33 miles on electric power alone.

If you frequently drive in city traffic, a handy Auto Brake function is included as standard. This system uses the electronic parking brake to hold the vehicle in traffic preventing you from rolling back.

The Outlander in Juro trim is available to order now priced from £33,499 after the plug-in car grant. If you can forego the additional luxuries you can get yourself into the still handsomely equipped Kuto-spec for £29,804 after the Government Plug-in Grant.