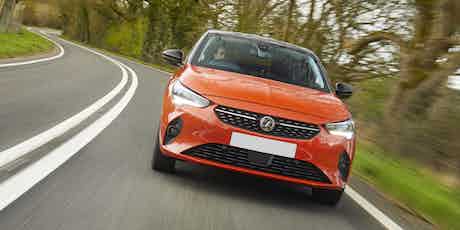 Driving through London frequently and want to avoid paying the Congestion Charge and Ultra Low Emission Zone fees? Read on for the best cars you can buy to do exactly that.

Driving through London in 2021 is not exactly cheap. Not only do you have to pay the Congestion Charge for pretty much all petrol- and diesel-powered cars on the market, the recently-introduced Ultra Low Emission Zone (ULEZ) adds a further £12.50 on top of that if your car isn’t exempt.

Fortunately, there’s a number of electric and plug-in hybrid cars on the market that are exempt from both charges. To qualify, your car needs to produce less than 75g/km of CO2 emissions and be capable of covering no less than 20 miles on electricity alone.

Looking for something that ticks those boxes? Here’s a list of the best cars that do just that.

The Mini is as much an icon of Britain as the queen, red telephone boxes and an irrational fear of snowfall. What better way to zip around the capital than with a Mini Electric, then? Not only does it look the part, the Mini Electric is just as great to drive as the petrol one too.

It retains the nimble, fun feel the hatch is known for and packs but with the eco-friendly edge of an electric car. It feels great inside too — with plenty of high-quality materials dotted throughout and a cutting-edge digital display right in front of the driver. A 145 mile range from a 32kWh battery isn’t much compared with alternatives, but should be more than enough for a London runaround if you can charge it frequently.

If a luxury SUV is your chariot of preference for London, the Lexus UX 300e might be up your street.

You’re sure to turn heads with its unique looks — albeit the gargantuan grille is a bit of a juxtaposition for an EV — and the interior is equally as striking. You won’t find a scratchy surface anywhere.

The UX 300e’s claimed range of 196 miles might not be all that impressive, but if you’re using this largely as an inner-London runaround you should get by fine on that — and 50kW charging will return 80% of charge in 50 minutes.

Standing out on the roads of central London is a hard thing to do, considering it’s often home to some of the world’s most luxurious SUVs and supercars. Opt for a Peugeot e-208 though, and you might find yourself turning a few heads away from wrapped McLarens and Bentleys.

The all-electric version of the popular French hatchback is one of the best-looking cars on the market, let alone just within its class. There’s more than just show to it too, with an equally as impressive interior plus a decent 217-mile range from its batteries to boot. It’s rather pricey as far as the 208 range goes, but then you won’t have to worry about paying the congestion charge, and ULEZ fees that may come to newer petrol cars and of course, fuel costs.

If for some reason the looks of the e-208 aren’t quite your thing, you can still get its impressive mechanical bits in another package. Step in the Vauxhall Corsa-e. It’s not quite as boldly-styled as the Peugeot, but still looks pretty smart and is equally impressive when it comes to the technical bits.

You can get as much as 209 miles between charges from it — ideal if you commute into London rather than from within — with a generous amount of equipment for the money too. That said, like with the e-208, it’s pretty expensive as far as Corsas go.

The Renault Zoe was one of the first all-electric hatchbacks on the market, yet it’s still one of the best. Now in its second generation, the French hatchback is as stylish as ever — and undercuts key alternatives on price too.

Granted, the relatively low price is felt in a subpar interior in terms of quality and space, but there’s plenty of technology on board (as long as you avoid entry-level cars) and it feels right at home zipping around tight streets. You’ll be able to eke out a strong 240 miles between charges as well.

Finding a car that’s exempt from the congestion charge and ULEZ doesn’t mean having to dive into a fully-electric option — not yet, at least. Many plug-in hybrids qualify the 100% Ultra Low Emission Discount on the former too, and one of the best options here is the Volvo XC40 T5 Recharge.

With 28 miles of electric-only driving capability, there’s plenty of battery power on offer for those shorter London commutes and you have the safety net of a 1.5-litre turbocharged petrol engine if you want to venture further out. Granted, it’s expensive as far as small SUVs go but it’s impressively comfortable and cheap to run, too.

It doesn’t take much looking to find a Tesla Model 3 in London — they’re sprinkled about everywhere. It’s really not hard to see why either, it may well just be the best electric car on the market today.

It’s loaded with more technology than a Currys warehouse, and the minimalist interior means there’s loads of space too. You may find the lack of physical controls a little alienating (everything aside from critical driving functions is located within the central display), but charging access is plentiful with Tesla’s ‘Destination Chargers’ sprinkled throughout the capital along with access to its brilliant rapid-charging Supercharger network.

For company car buyers that need to head into central London, opting for a BMW 330e would be a pretty smart move. It takes all the excellent traits of the latest 3 Series, and packs in a frugal yet powerful plug-in hybrid engine setup.

Interior quality is up there with the best at this price, and the infotainment system is superb too — ideal as something to keep you occupied when stuck in London traffic and dead easy to use if you want to find a faster route through the capital. A lot of its equipment is locked behind the options list, but otherwise the 330e is about as ideal as a posh and practical saloon gets.

Finding an electric car for your London commute doesn’t have to mean going for something small or ridiculously expensive, as the Kia e-Niro proves. This is without a doubt one of the best EVs money can buy, and the long waiting lists back that up.

As well as offering up to 282 miles of range between charges, the e-Niro has bags of space both in the cabin and the boot — so it’s an ideal family car for the weekends l. It’s not the best when it comes to cutting out tyre and road noise, but that’s nicely offset by plenty of high-quality materials that you’d expect of something more high-end. There’s the typical Kia seven-year/100,000-mile warranty as well.

SUVs are to London what seagulls are to a seaside chip shop — hanging about everywhere. If you’re wanting something big and on-trend for your capital commute then, take a look at the Audi e-tron.

On the face of it, it looks no different to a traditional Audi SUV, but lying under the sleek skin is an impressive electric setup that’s good for up to 252 miles between charges. The interior is fantastic, too, and there’s plenty of room in the back if you’re carrying adult passengers regularly. There’s a coupe-like Sportback version if you want something sleeker-still, though this does cut into the practicality of the e-tron a fair bit.