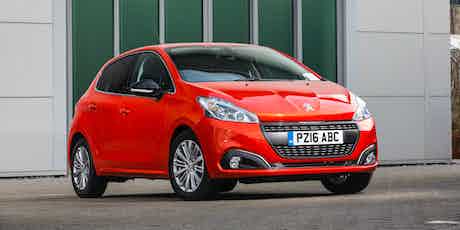 A new super-efficient Peugeot 208 has been launched. Peugeot claims the new unit makes it the most effiiecent non-hybrid on the market

Peugeot has introduced an updated diesel engine range for its best selling model – the 208. As a result of the enhancements, the French firm claims it’s now the least polluting non-hybrid on the market.

The most efficient 75hp version now puts out an astonishingly low 79g/km of CO2. The super efficient performance is all thanks to a newly developed range of BlueHDi technology engines, meaning every diesel version of the new 208 is below 95g/km of CO2 and as a result benefits from free road tax.

The 79g/km engine is available in Active and Allure trims and can in either three- or five-door form. Combined with stop/start, the 79g/km models car average 94.2mpg, reach a top speed of 106mph and are priced from £14,995 and £16,195 for the three- and five-door respectively.

The same 1.6-litre BlueHDi engine is available in two other power outputs – 100hp and 120hp. The 75hp and 100hp are coupled to a five-speed manual gearbox, while the 120hp comes with a six-speed ‘box. Despite having the most power, the 120hp version still produces just 94g/km of CO2.

The ultra efficient hatchback is available to order now priced from £14,995.

Save money on your Peugeot 208

If you like the sound of this new engine, put the Peugeot 208 in our car configurator to see the deals carwow could help you get. For more options, head over to our car chooser to narrow down your search.