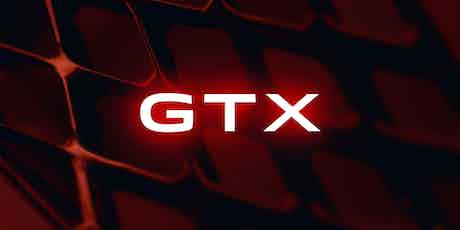 Volkswagen’s ID4 range is being given a performance boost with the announcement of the all-wheel-drive GTX model. Read on for more details on this sporty all-electric SUV.

The Volkswagen ID4 will soon be available as a faster, dual-motor GTX model – the first in a series of hot VW electric cars. This new all-wheel-drive performance variant is the next step in what Volkswagen calls ‘intelligent sportiness’ – a plan that will include further sporty versions of VWs EV range.

Volkswagen wants you to think of its new electric GTX cars in the same way as its petrol-powered GTI performance cars models. You can expect the upcoming GTX to come with plenty of GTI-inspired visual upgrades, including larger alloy wheels and more aggressive bumpers.

Lowered suspension and a possible rear spoiler would help the somewhat demure ID4 stand out more readily as a GTX model.

The Volkswagen ID.4’s interior offers a pleasing mix of mostly high-quality materials and modern, minimalist design cues. It is quite likely that the range topping GTX will be offered with some unique interior trim finishes as well as sportier front seats.

The infotainment system should also get some GTX-specific settings, but it is unlikely that any major updates will be seen as the ID4 range has only recently been launched.

The current Volkswagen ID4 is offered with a 77kWh battery pack that powers a 204hp electric motor driving the rear wheels. This combination offers a 0-60mph time of 8.5 seconds and a claimed range of 310 miles.

The GTX will feature an additional electric motor powering the front wheels which will be activated automatically whenever you need a bit of extra performance. In addition, a new ‘Traction’ driving mode will allow you to keep the front-axle motor permanently engaged.

While Volkswagen has not officially announced it just yet, you can expect the GTX to share its motors with  the Skoda Enyaq vRS, which means a combined output of 306hp and a 0-60mph time of around 6.2 seconds.

This won’t make the ID4 GTX the quickest EV around, but it is a big improvement over the standard car and should be plenty for real-world driving needs. The ID4 GTX will probably mirror the Enyaq vRS’s claimed range of up to 285 miles.

The official debut for the Volkswagen ID4 GTX is planned for April 28 and sales should commence later in 2021. The current 204hp VW ID4 costs from just over £40,000 so you can expect a noticeable price hike for the all-wheel-drive ID.4 GTX when it goes on sale.

Can’t wait for this new car to go on sale? See the latest VW ID4 deals or check out the top 10 electric cars on sale now.