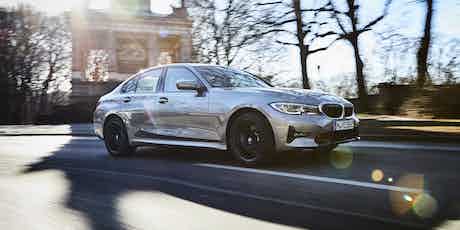 Rising fuel costs and environmental concerns mean we all want to get the best fuel economy from our vehicles. But which cars have the best MPG?

Plug-in hybrid cars (sometimes called PHEVs, which stands for Plug-in Hybrid Electric Vehicles) have official MPG figures that will make your eyes pop out on stalks – with some published figures of more than 200mpg.

That’s because plug-in hybrid cars can run on electric power alone before the petrol or diesel engine kicks in when the electric batteries run out. Also, the engine/electricity hybrid set up work in tandem with each other, which also helps fuel economy. Therefore the fuel economy of the total journey is a combination of 0mpg (when the car us using just electricity) with more usual MPG figures when the engine is working to get those high average MPG figures.

Remember, official MPG figures should be used for comparison purposes only and are not always representative of what you can achieve in the real world

Your driving style, the weather, traffic conditions, your number of passengers and how hilly your route is will all affect your actual average MPG figure, however, you can use the official figures as a guide.

The Hyundai Ioniq PHEV can travel 39 miles on electric power alone. However, with the 1.6-litre petrol engine working with the electric motor, the car gets an impressive 256mpg – on paper at least.

The C330 DE has a 2.0-litre diesel engine and a 90kW electric motor that combine to give this C-Class a fuel economy figure of 217mpg. It has an electric-only range of around 30 miles.

Prius, the trailblazing hybrid, also comes as a plug-in hybrid car, too. It has similar stats to the Mercedes – a 30-mile electric-only range and average fuel economy of 217mpg. The Prius, however, has a 1.8-litre petrol engine.

A 2.0-litre twin-turbo petrol engine, an electric-only range of around 35 miles, fuel economy of 201mpg wrapped up in a great 3 Series package – what’s not to like? You need the BMW to come with the smallest wheels to get the very best fuel economy though.

Just like the Ioniq from stablemate Hyundai above, the Niro gets a 1.6-litre petrol engine but this time it’s in a smart SUV body. It can go up to 36 miles on electric power alone and has an average fuel economy of 201mpg.

If you don’t want to go down the plug-in hybrid route there here are some options for petrol-powered cars with good average mpg. Remember though, as with all cars, how you drive them will affect the fuel economy you achieve.

The Peugeot 108 has funky looks, is easy to drive and has an average fuel economy figure of nearly 60mpg. Not only is the 108 fuel-efficient, but it’s pretty cheap to buy too and comes with essential kit such as a touchscreen infotainment system and air conditioning.

If you like the sound of a 108 but not convinced about the looks, then take a look at the Toyota Aygo. Mechanically it’s virtually identical to the Peugeot, has similar average mpg but comes with a five-year warranty, whereas the Peugeot has only a three-year one.

The Citigo is a little city car from Skoda that has high MPG, low running costs and could be the ideal car for you if you need a small car to scoot around town.

Ok… if you like the sound of a Peugeot 108 and the Toyota Aygo, but, you’ve guessed it, not a fan of their looks, well you have another choice – this Citroen C1. The three cars are built in the same factory but each have different styling and specs.

There’s a theme here… If you like the sound of a Skoda Citigo, but want something a bit more upmarket and a posher badge, have a look at the VW Up. It’s pretty similar to the Citigo but just a bit nicer interior.

Average MPG quoted above are WLTP figures. Some manufacturers also show NEDC figures. WLTP is a relatively new method of measuring fuel economy and aims to be more representative of the average MPG you can actually achieve than the NEDC method. Find out more here: What are WLTP and RDE?.