Electric or hybrid cars: Which one is best? 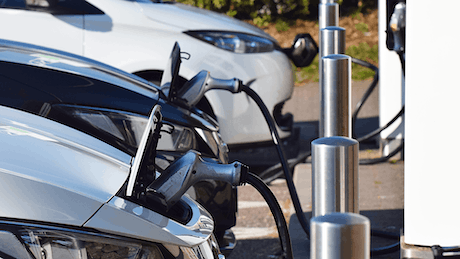 As the world looks to go greener, you may be one of the many buyers looking towards an electric or hybrid car as your next purchase.

If you’re used to a petrol or diesel car, it can be tricky to pick. Do you cut that cord and make the leap to an all-electric car, or is the middle ground familiarity of a hybrid the step for you?

Well, this guide is here to help you answer that question.

What is an electric car?

An electric car is powered by electric motors, sort of like a giant radio-controlled car. Albeit with you in the driver’s seat rather than standing outside with a remote.

These motors draw charge from a stack of rechargeable batteries. These are typically laid under the floor of the car, but can also be stacked where you’d traditionally find an engine.

There are three distinct types of electric cars:

This is the most common type of electric car you’ll find at the moment. Simply, these are electric cars that just batteries and motors for propulsion.

Fuel Cell Electric Vehicles are more widely known as hydrogen cars. These use a fuel cell that takes liquid hydrogen and converts it into electrical energy.

Hydrogen cars have a benefit over BEVs in that they can be refuelled with hydrogen in a fashion similar to topping up petrol. However, only a handful of stations are open in the UK at the moment and hydrogen cars are much more expensive to buy than BEV equivalents.

Extended Range Electric Vehicles work very similarly to battery-electric cars but have a very small petrol or diesel engine onboard to charge the batteries.

These are increasingly rare though. The last E-REV vehicle on sale in the UK — the BMW i3 — left the market in 2018.

A hybrid car combines internal combustion power with a bit of electric assistance. The vast majority on sale use a petrol engine, linked to an electric motor that takes power from a small battery.

As the name suggests, you can plug in a PHEV. This gives you the option to drive on electric-only for a short distance, without having to use more fuel to charge the batteries on the move.

However, it’s key to keep these charged when possible. Otherwise, you’ll likely see a dramatic drop in fuel economy when the engine has to do all the work on its own.

‘Self’charging’ hybrids don’t magically plug themselves in. Rather, they use their internal combustion engine to recharge their batteries as they go.

This means you don’t have to worry about plugging them in. However, you also typically don’t get as much control over how and when you drive in electric-only mode.

What are the pros and cons of electric cars?

Electric cars have a lot to offer, but they’re not without some drawbacks:

Pros of an electric car

Cons of an electric car

What are the pros and cons of hybrid cars?

Hybrid cars serve as a good first footing towards an electric car, but they’re not perfect either:

Pros of a hybrid car

Cons of a hybrid car

Should you buy a hybrid or electric car?

If an electric car can fit into your lifestyle and budget, it’s worth making the leap. They’re cheaper to keep charged than refuelling petrol or diesel, plus you’ll future-proof yourself from ever-growing clean air zones.

However, if you don’t have regular access to a charger and want the familiarity of an engine, a hybrid car can serve as a good first step towards an electric car.

You should consider an electric car if:

You should consider a hybrid if: