What is a mild hybrid (MHEV) car? 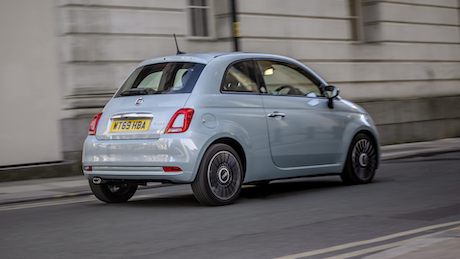 Mild hybrid cars are becoming ever-more common, but what are they exactly? Read on to find out…

You might have heard the term mild-hybrid before and be a little perplexed as to what that means exactly.

Well, this handy guide is here to clear it up. In short terms, a mild-hybrid car is very similar to a traditional combustion-engined car with a small battery fitted to boost efficiency.

How do they work though, and what makes them ‘mild’ compared to a regular hybrid? Read on for full details…

How does a mild hybrid work?

A mild-hybrid car (often referred to as MHEV) works largely the same as any normal combustion-engined car.

The difference here is that manufacturers will typically add a smaller battery to an existing engine in order to boost efficiency and cut emissions.

This tends to work by allowing the engine to cut power earlier when coming to a stop, allowing start/stop systems to keep the engine off longer and sometimes even offer an electric-only boost when pulling away.

What are the advantages and disadvantages of a mild hybrid?

There are numerous pros and cons to a mild hybrid — some of which could tempt you towards or away from them.

Advantages to a mild-hybrid car:

Disadvantages to a mild-hybrid car:

Are any government grants available for mild hybrid cars?

Unfortunately, there are no government grants available for mild-hybrid cars. Only full-electric cars Government’s plug-in car grant, and must cost £32,000 or less.

What’s the difference between a mild and full hybrid car?

Full hybrids will allow for some notable distance to be covered on electricity alone — with around 30 miles a common ballpark — as well as taking over from the engine under regular driving.

Full hybrids do tend to cost more though and, particularly in the case of plug-in hybrids, leave you carrying a lot of extra weight if you’re driving without any charge in the batteries.

What is a Plug-in hybrid?

Are mild hybrids worth it?

If you’d prefer to stick to a conventional combustion-engined car but want a little extra efficiency, a mild hybrid could be the right choice for you.

If you’re looking for something to cover electric-only driving reasonably often though, a conventional hybrid or plug-in hybrid serves as a better halfway house to a fully electric vehicle. Keep in mind these typically cost more than mild-hybrid equivalents, though.

Can a mild hybrid run on electricity only?

A mild hybrid car cannot cover any notable distance on electricity alone. Typically, they can allow the engine to be off longer when coming to a stop and assist in pulling away.

Do mild hybrids charge while driving?

Mild hybrid systems recover power from the engine, meaning you won’t need to charge one.

What happens if you don’t charge a mild hybrid?

Mild hybrid systems recover power from the engine, meaning it’ll keep itself charged. You won’t need to even think about it.

How much does a mild hybrid cost to buy?

Mild hybrid cars may have a small premium over regular combustion-engined equivalents, but tend to be cheaper than hybrid models.

How much does a mild hybrid cost to run?

In theory, a mild hybrid car should be slightly cheaper to run than a conventional pure combustion engined equivalent. Don’t expect huge drops in fuel costs, though.

Need help choosing your next car? You can compare models to find the right one here you by clicking here. Or, if you need to sell your car you can also do that through carwow quickly and easily. Click the button below to get your free quote.