10 ways to get better MPG 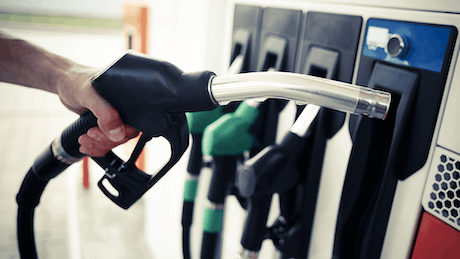 Miles Per Gallon (MPG) is the measurement of how much fuel your car uses.

A higher MPG is what you should aim for, as it means your car is covering more miles per tank of fuel.

If you’re wondering how you can improve your car’s fuel economy, these 10 ways to get better MPG should help.

Be smoother on the throttle

Though it’s tempting to boot the throttle to get your car up to speed quickly, you could be wasting fuel.

Your throttle controls the amount of air and fuel going into your engine. Pressing it down harder burns more fuel — so gradually bringing yourself up to speed will prove more fuel-efficient.

Rather than braking late in traffic or as you approach corners, try coming off the throttle earlier and gradually reducing your speed. If you can avoid coming to a complete stop, you’ll use less fuel bringing yourself back up to speed again.

Remove clutter from your car

The more weight you have in your car will mean the engine will have to work harder to get up to speed. The result of that is increased fuel consumption.

If you’re carrying around a lot of clutter in your car, a good clean out could see your MPG rise notably.

Think about your air-con usage

Your car’s air-con is powered by a pump attached to the engine. Because it takes its energy from the engine, it’ll impact your MPG a little as you use it.

If you’re driving around town, it may prove more efficient to have your windows down and let fresh air in that way.

That said, the drag caused by having your windows down will have a negative impact on your economy too. This is more evident at higher speeds. As a result, having your air-con on to cool your car will be better at motorway speeds.

Stick to your car’s service schedule

Servicing your car keeps your engine running in optimal condition. Failing to stick to a service schedule could see it run less efficiently as a result.

Keeping your car serviced will help maintain your MPG as a result. Not only that, but it’ll help with reliability and general performance too.

Tyres with higher rolling resistance will mean your car’s engine has to work harder to get up to speed.

Therefore, switching to tyres with a lower rolling resistance will reduce the workload on your car and improve fuel economy as a result.

You’ll find tyres graded by rolling resistance labelled from A (the least resistance) to E (the most). If you’re unsure, it’s worth asking a member of staff at your chosen tyre retailer.

Even if you don’t want to fork out for new tyres, you could potentially improve the performance of those already on your cars.

Under-inflated tyres also have an increased rolling resistance, which will negatively impact your car’s MPG.

Taking a few minutes every now and then to check your tyre pressures are inflated to the manufacturer’s recommended level could boost your fuel economy as a result.

You’ll likely find the recommended pressures on the inside of your car’s door opening. If not, they’re also usually in the owner’s manual.

Fill up with premium fuel

Though premium fuel is more expensive per litre, the cost difference can be offset by improved fuel economy.

Results can vary greatly so it’s worth trying a tank or two of premium fuel to see how it impacts your car’s MPG. It could prove more expensive to run but equally may work out the same.

Use your cruise control

If you’re spending a lot of the time on the motorway, don’t neglect cruise control if your car has it.

This will help keep you at a constant speed, meaning less accelerating and decelerating. The result will be better fuel economy.

Better still, if you have adaptive cruise control, the car can control its declaration and acceleration. Some cars even have intensity settings for an adaptive cruise — allowing a more gradual application of the throttle to get back up to speed.

Keeping your car at a high RPM will increase fuel consumption. Therefore, you might be able to save a little fuel by shifting up earlier in a manual car.

Conversely, shifting up too soon will leave you accelerating much slower and prove counterproductive if you’re having to mess around with gears.

Spend some time practising to find the right balance between efficiency and performance.