E10 petrol explained: what is it and can my car run on it? 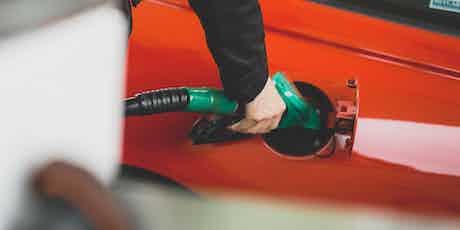 There’s a new fuel on the block, with E10 petrol now rolling out across the UK as the standard choice of green-pump fuel.

It’s a change that in reality most of us won’t notice, but it can have an effect on the way your car performs and, for some older vehicles, won’t work at all.

Not to fear though — this handy guide to E10 petrol breaks down everything you need to know about the fuel, and how your car will probably run fine on it.

Ever seen ‘E5’ at a petrol pump? On regular 95 octane unleaded, this means it contains up to 5% bioethanol as part of the mixture.

Bioethanol helps cut emissions when cars burn petrol and is a renewable source of energy — as it’s a byproduct of sugar fermentation.

If you haven’t guessed, ‘E10’ means 95 octane fuel sold on UK forecourts will now be required to contain up to 10% of bioethanol in its mixture.

Increasing the content of bioethanol in petrol should result in lower emissions produced by your car, plus less reliance on fossil fuels — albeit a very minor difference.

It’s suggested that CO2 emissions from petrol cars in the UK should drop by about 2% overall with the switch to E10.

If your car is built after 2011, this simple answer is yes. Every petrol car built since then has been required to support E10.

Even if your car is a little older than that, the chances are you’ll be able to put E10 petrol into your car without worrying.

Most cars built since the early 2000s have supported E10, though if you’re unsure the government website has a handy little vehicle checker.

If your car is older than 2000 though, it’s possible it won’t support E10 fuel. That’s not to say you’ll need to get rid of it, though…

What if my car doesn’t run on E10 petrol?

That means you’ll be able to run your car without issue on premium fuel. The offset of this is it costs more per litre, but you’ll get better performance and likely improved fuel economy using it.

How will E10 petrol affect my fuel economy?

Though E10 petrol is cleaner to burn than the previous E5 standard, it’s not quite as efficient. You’ll likely see a minor hit to your fuel economy, but we’re talking 0.1 or 0.2 of an MPG at the very worst, so not huge margins.

E10 petrol is marginally cheaper than E5, but not hugely. In short, don’t expect fuel prices to take a huge dip as a result of the increase in bioethanol content.