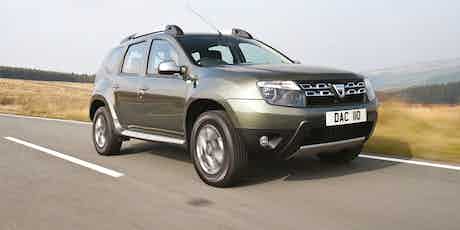 Dacia has revealed a new 1.6-litre petrol engine for the Duster SUV crossover – it offers more power and better fuel efficiency than before

Dacia has announced a new 1.6-litre petrol engine that will be added to its Duster range. It replaces the outgoing 1.6-litre unit but is a totally new design.

See how much carwow could help you save by speccing up a Dacia Duster in our car configurator.

The 1.6-litre petrol engine now produces 115hp – 10 more than the old unit – and 115lb ft of torque. This is plenty for driving around town but, for buyers interested in towing, the 1.5-litre diesel is probably a better alternative, producing 192lb ft.

The Dacia Duster’s 1.6-litre petrol engine is now also available on the mid-range Ambiance variant, making it more affordable. The 1.6 was previously only available on the entry-level Access model.

The current 1.5-litre diesel engine gets emission improvements as well and, as a result, the cost of road tax on this model has fallen, too.

Emissions improvements across the Dacia range

EU6 improvements have also been made to some of Dacia’s other models including the Sandero, Sandero Stepway and Logan MCV. They all get lower emission petrol and diesel engines with improved fuel economy – good news for those with one eye on the monthly outgoings.

See how much carwow could help you save by picking your ideal Dacia Duster in our car configurator. For more options, head over to our deals page or, if you’re still struggling over what car you’d like, check out our car chooser.