News How is the Russian invasion of Ukraine affecting the global car industry?

How is the Russian invasion of Ukraine affecting the global car industry? 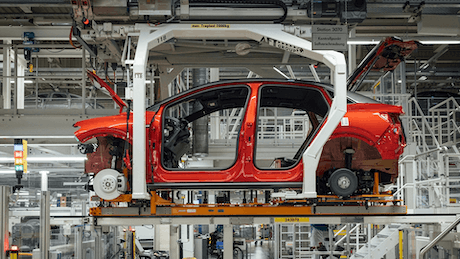 Though the significance of material setbacks pales in comparison with the human cost of the conflict, the automotive sector is beginning to experience global side effects of the ongoing Russian invasion of Ukraine.

Audi has paused production of the A4, A5 and A8 due to ongoing parts-supply issues resulting from the Russian invasion of Ukraine, reports Automotive News Europe. Production is set to restart on 20 May.

Audi has also extended shorter working hours for staff in several of its German factories until 31 May.

These include the Neckarsulm site where the A4, A5, A6, A7 and A8 are built alongside various S and RS performance models, including the R8 supercar.

The Ingolstadt factory, where Audi builds Q2, A3, A4 and A5 models, has also been affected according to the ANE report.

Many carmakers have paused production in factories across Europe as a result of parts shortages resulting from Russia’s invasion of Ukraine.

As reported by the Wall Street Journal, Volkswagen has suspended two Russian factories and halted the export of Volkswagen, Audi, Skoda, Porsche and Bentley products to Russia.

Skoda has reportedly closed its factory in Ukraine that produces the Fabia, Superb, Karoq and Kodiaq according to Automotive Logistics.

These effects are not limited to Ukraine and Russia. Production of the Enyaq iV electric car in Czech Republic has reportedly been affected by a parts shortage caused by the closure of factories in Ukriane and Volkswagen has paused production in some of its German facilities due to supply restrictions of certain components.

As reported by Automotive News Europe, the German firm has stopped production this week at factories in Dresden and Zwickau citing delivery issues with electrical cables produced in Ukraine. This currently affects the production of VW ID3, ID4 and Cupra Born electric cars.

Ukrainian firm Leonio AG produces these systems for several European car manufacturers. The closure of its two factories in Ukraine could result in further delays for additional carmakers.

CNBC reports that Mercedes and Audi have also suspended production of certain cars due to a shortage of similar wiring components. Meanwhile, in the UK, MINI production at the firm’s Oxford factory has stopped due to reported component shortages.

According to the BBC, Jaguar and Land Rover have paused the delivery of new cars to Russia as a result of sanctions imposed on the country by the UK, EU and the US. The broadcaster also reports Volvo will stop delivering cars to Russia until further notice.

The Korea Herald reports that Hyundai will temporarily close a factory in St Petersburg, Russia, from March 1-5. This is reportedly a result of the ongoing microchip shortage, not Russia’s invasion of Ukraine.

What is the microchip shortage?

However, the two issues may not be completely unconnected. Some microchip producers rely on a supply of neon gas and palladium from Russia and Ukraine reports CNBC, the supply of which could be affected by the ongoing invasion.

Meanwhile, Stellantis (the parent brand of Fiat, Chrysler, Peugeot, Citroen and DS) has reportedly established two task forces to deal with the effects of the invasion.

One is said to be monitoring sanctions imposed by Western countries on Russia, with the other keeping tabs on the firm’s Ukraine-based staff — all of which are said to be safe as of its latest update.

As the conflict continues and additional sanctions against Russia are imposed, it’s likely the automotive sector will see further disruption.