News Semiconductor chip shortage: how has car production been affected?

Semiconductor chip shortage: how has car production been affected? 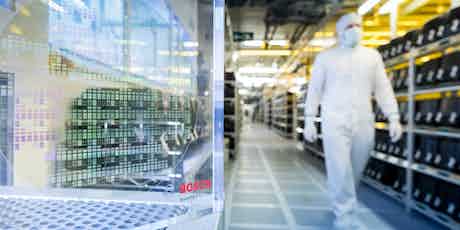 Wondering why a shortage of microchips is having a big impact on car production? Read on to find out.

There’s a shortage of microchips around the globe at the moment, and it’s having an effect on almost every industry.

The automotive sector is no exception, and car production has taken a massive hit across the world due to the lack of microchips. Why has it had such an effect, though? Read on to find out more.

What is a microchip, and why do cars need them?

You’re looking at an array of microchips right now, sort of. Every electronic device uses microchips as part of its circuitry, including your mobile phone, computer, games console and, of course, your car.

In simple terms, microchips pack in a load of tiny circuits to get everything working. In the case of cars, they’re required for pretty much everything these days, including the infotainment system, digital displays, reversing cameras – the lot.

How are microchips made?

Microchips aren’t made like normal car parts — they need dedicated factories that are ultra-clean. That means zero dust, and zero static electricity.

This means they take longer (and cost more) to make than most other car parts. It’s hard enough to meet demand in normal circumstances.

Why are microchips in short supply to car manufacturers?

With so many products using microchips, even the slightest of delays can have catastrophic effects on the production of electronic products. It just so happens there’s been more than a few slight delays recently though, resulting in huge backlogs of orders.

Key reasons for the delays to car manufacturers include:

That pandemic we’re all going through, though we at least look to be at the tail end of, has affected all aspects of everyday life. Microchip production has been no exception.

When everyone stopped buying cars at the start of the pandemic, orders for the chips from car manufacturers dropped suddenly. At the same time, tech firms were buying chips left, right, and centre. These include phone and laptop manufacturers, and perhaps most notably Sony with its never-ending demand for the new PlayStation 5.

Buying a car during the Coronvirus outbreak

When carmakers were ready to gear up production, they found themselves at the back of the queue for these microchips. Microchip factories take up to six months to re-start production of specific types of chip, leaving carmakers facing severe delays in their supply chain.

If the impact of the coronavirus outbreak wasn’t enough to setback allocation of microchips, then came a storm in Texas that hampered it even further.

About 12% of the world’s microchips are made in the US, with a large portion of these coming from Texas. In February 2021 though, it was hit by one of the worst storms in the state’s history that resulted in widespread power cuts.

Microchip factories weren’t immune to this, resulting in a number of them being shut down. It’s been so catastrophic that one manufacturer, Infineon, reckoned it would months to get production back to normal — with every one of its chips slated for production in the following 12 months already reserved.

Further still, in March last year, the Renesas plant in Japan caught fire. In total, 17 of the firm’s machines were damaged resulting in further delays.

How has car production been affected by microchip shortages?

The scale on which this microchip shortage has affected car production globally is pretty astonishing.

Take Mercedes for example, which had to pause production of its GLC as a direct result, while Mazda cut its production number by 7,000 cars in the first quarter of 2021.

Mini had to close its Oxford plant, where it produces the 3-door and 5-door hatchbacks for a short while. Not too far down the road from them at Jaguar Land Rover, production of the XE, XF and F-Type plus the Discovery Sport and Range Rover Evoque had to be put on hold.

It doesn’t end there, either. The Volkswagen Group temporarily closed the factory that builds the Volkswagen Touareg, Porsche Cayenne, plus the Audi Q7 and Q8.

Toyota reduced production at two of its Japanese factories in June 2021 due to the microchip shortage, too.

Hyundai, who had previously stockpiled enough microchips to see it through the initial wave of shortages, decided to suspend production of the Tucson SUV and Nexo hydrogen-powered SUV at one of its factories.

Arguably the firm hit the most if Stellantis though — the owners of Fiat, Chrysler, Peugeot, Citroen and Vauxhall among others. It had to slow down 8 of its 44 factories around the world, meaning 190,000 fewer cars were built than it expected for the first quarter of 2021.

When will the microchip shortage end?

It doesn’t look as though the shortage of microchips is going to end anytime soon, and almost certainly not in 2022.

Ford itself has said it expects the production of 1 million of its own cars to be hit by the shortage.