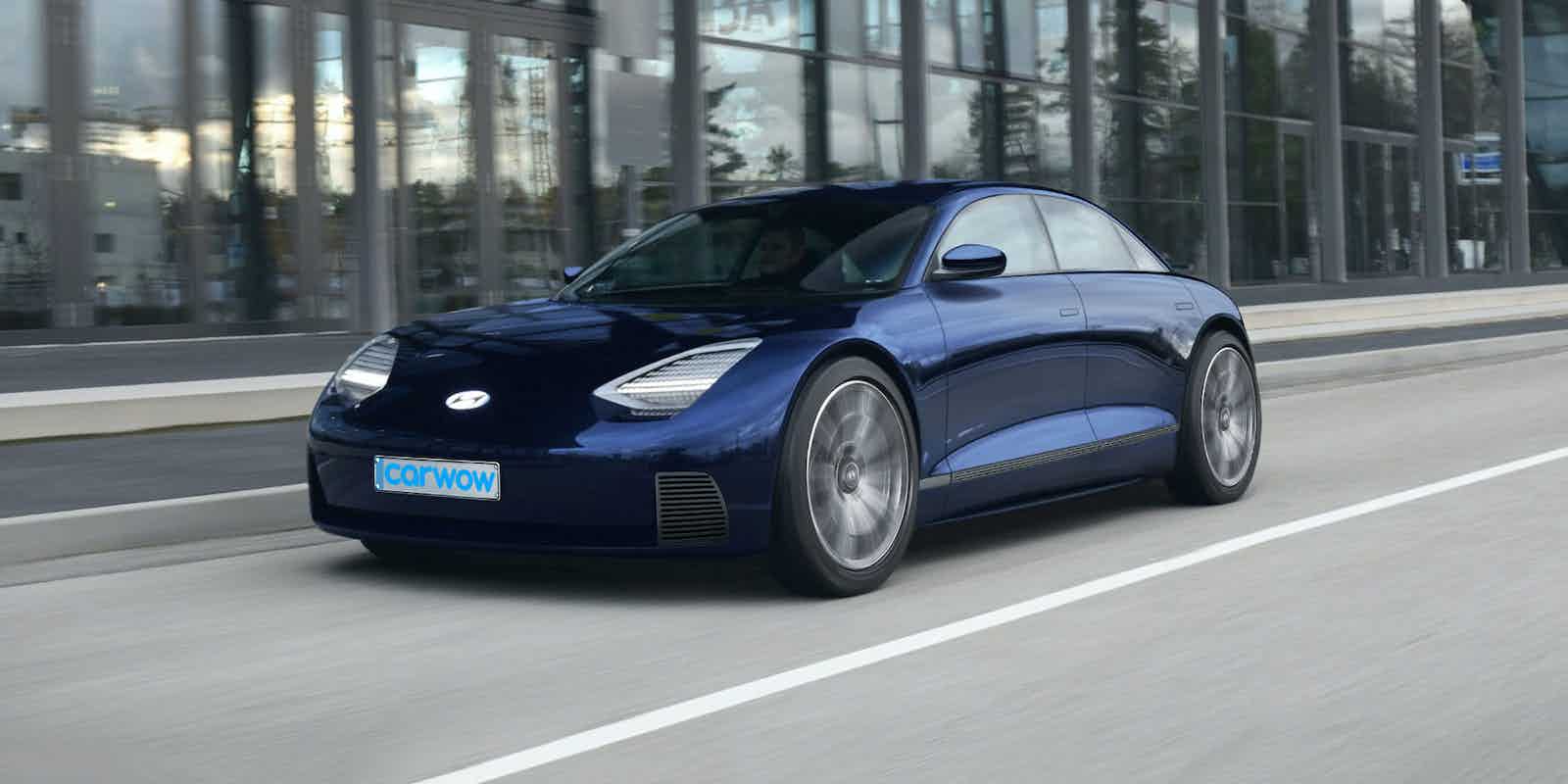 Hyundai has confirmed the Prophecy concept car will go on sale as the Ioniq 6. Read on for more details on this new electric car and see exclusive rendering showing what the production car could look like…

Hyundai has revealed a new electric saloon car called the Ioniq 6 is on the horizon. It’ll be a production version of the striking Prophecy concept revealed in 2020 and the latest in a line of Ioniq-branded electric cars, following on from the recently-revealed Ioniq 5 and ahead of the rumoured Ioniq 7 SUV.

The new Hyundai Ioniq 6 will be heavily inspired by the recent Hyundai Prophecy concept, albeit with tweaks for production feasibility and road regulations. The concept’s rear-facing cameras could be replaced by conventional wing mirrors and the roofline is expected to be raised to give back-seat headroom a much-needed boost.

This uber-slinky saloon car (shown throughout) was designed to be as aerodynamic as possible so it combined a simple curved silhouette with a ground-hugging body and the bare minimum of intakes and grilles as showcased by our render, above.

An automatically adjustable rear spoiler further helps to manage the flow of air over the Prophecy concept and even the propellor-shaped wheels have been designed to help cool the brakes as you drive along. You can expect to find a few of these features on the finished Ioniq 6 in a bid to maximise range from the battery.

While the Prophecy’s exterior styling is expected to strongly influence the design of the Hyundai Ioniq 6, the same can’t be said of the concept’s interior. For a start, the dual joy-stick controls are certain to be replaced by a conventional steering wheel and the tile-like door trims will probably make way for regular handles and door pockets.

Expect it to be a little similar to the Ioniq 5’s minimalist interior, albeit potentially with larger screens for the infotainment and driver’s display, as well as higher-quality cabin materials.

The wraparound dashboard design could appear on the finished car, and it’s worth keeping your fingers crossed for Hyundai to offer the Ioniq 6 with the Prophecy’s eye-catching tartan seats.

This would likely also serve as the base for the larger Hyundai Ioniq 7 SUV, which is rumoured to go on sale around 2024.

The Hyundai Ioniq 6 will have around 300 miles of range. It’s expected to use a similar battery pack to the Ioniq 5, although its capacity could be boosted from 72.6kWh to closer to 100kWh in top-spec cars. The new Ioniq 6 should also be compatible with the latest 150kW public fast chargers, enabling you to quickly add a decent chunk of additional range in just a few minutes.

If you can’t wait for the new Hyundai Ioniq 6 to go on sale, check out the latest electric car offers.