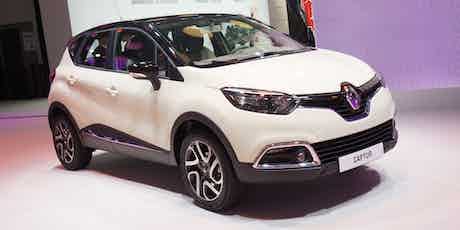 Due to go on sale in the beginning of April, a little extra power results in a new top spec Renault Captur

A couple of weeks ago we tested the Renault Captur, and we were really quite fond of the chic French crossover. As pleasant as it was, there were times when we felt just a little extra oomph from the diesel engine would have been welcome. It’s almost as if Renault has been listening to us, because the French firm has announced that a more powerful diesel engine has been added to the Captur lineup. The rival to the Nissan Juke was the best selling small SUV in Europe last year (though the Nissan outsold the Renault in the UK) and this latest addition looks set to broaden its appeal.

Although the engine itself isn’t new – it can also be found in the Megane and the Scenic – its application in the Captur is. The 1.5-litre diesel produces 110hp, significantly more power than the only engine currently available in the Captur, a 90hp variant of the same 1.5 unit. Torque is up too, increasing from 162lb ft to 191lb ft. Not only does this increase in shove slash two seconds from the 0-62mph time, but it should make the Captur feel much more flexible in everyday driving, especially when overtaking. Best of all, this bump in power doesn’t harm the official fuel economy; a claimed figure of 76.4mpg is identical to the 90hp version of the engine. That figure is achieved with the help of stop/start technology, which shuts down the engine when resting at traffic lights and in other prolonged stationary situations. The table below shows how the new top-spec engine stacks up against the less potent version:

The Captur with the new 1.5-litre engine will be available to order from 1 April, with prices starting at £17,695 – a £1,100 premium over the equivalent 90hp version. While you’re waiting, why not check out our full Renault Captur review?