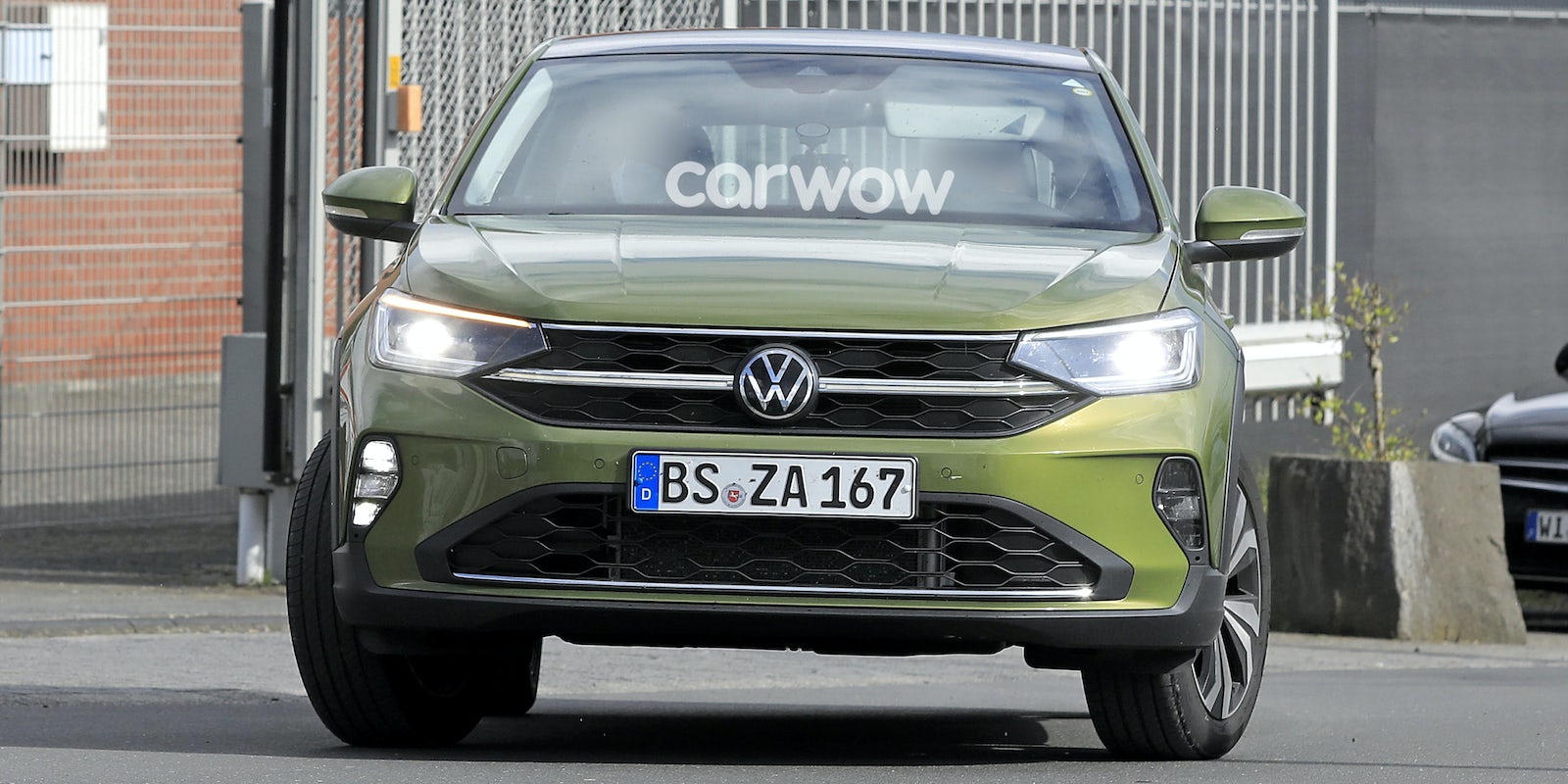 Fresh spyshots of the upcoming Volkswagen Taigo have emerged, giving you a first on-road look at the upcoming SUV-coupe. Read on for full details.

New spyshots of the upcoming Volkswagen Taigo SUV-coupe have emerged, giving you an uncovered look at the upcoming Ford Puma and Seat Arona alternative. It’s about the size of the Volkswagen T-Cross and is based on the VW Nivus, a small SUV that’s only sold in Brazil.

This Volkswagen Taigo prototype looks pretty much ready for production, with no attempt made to camouflage its design. It looks similar to the VW T-Cross in some areas but sports a more rounded silhouette.

You’ll spot curvier headlights at the front, too, along with a larger, more angular grille. Sitting below that is a pretty broad lower grille, with daytime running lights pushed out to either side.

Aside from some plastic cladding, there’s not too much drama down the side of the Taigo, though it does have an obviously sloped roofline leading into the boot. At the back, it gets a similar light bar to the T-Cross, albeit with a more angular design.

Expect a selection of alloy wheels when the car does go on sale, as well as more funky colours, such as this prototype’s bright shade of green.

The Volkswagen Taigo will likely have a very similar interior to the Volkswagen T-Cross. This would mean a pretty well laid out, if slightly unexciting, cabin — although you’ll likely get some colourful trim options to customise the dashboard panels if you fancy a bit more pizzazz.

Boot space and rear headroom will likely take a hit as a result of the sloped roofline, though.

The Taigo will launch exclusively with petrol engines, though Volkswagen hasn’t said exactly what yet. It’s very likely to be a 1.0-litre engine in varying power outputs. There might even be a 1.5-litre option with up to 150hp, though don’t hold your breath.

Don’t expect the Volkswagen Taigo to come with an electric or hybrid version at launch, if at all.

No word yet on when the Volkswagen Taigo will enter production, though it looks as though this prototype is ready for the road so there’s a strong chance this new SUV will arrive in early 2022.

Expect it to cost slightly more than the Volkswagen T-Cross across the range. Entry-level cars probably set you back from around the £19,000 mark.

Can’t wait for the Volkswagen Taigo? Take a look at deals on the T-Cross or compare the best small SUVs on sale now.

Keep up to date with the latest car news