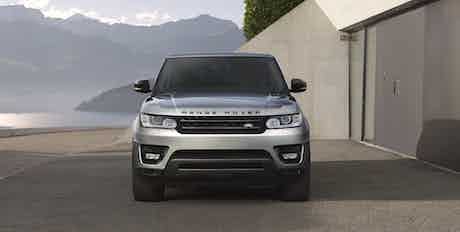 The Range Rover Sport will soon be available with a four-cylinder 2.0-litre diesel engine that promises lower running costs than ever before. It’s the biggest in a host of changes for the 2017 model year, which include the introduction of new semi-autonomous driving technology and a revised infotainment system.

The new diesel engine is the same super-modern Ingenium unit that was earlier introduced in the Discovery Sport and Evoque. Land Rover claims it will return 45.6mpg and emit just 164g/km of CO2 – none too shabby given the firm reckons it’ll do 128mph flat out and accelerate from 0-60mph in eight seconds.

If that’s not enough, a 335hp 3.0-litre supercharged V6 petrol (of Jaguar XE and F-Type fame) has also been introduced – allowing this hefty SUV to sprint from 0-60mph in 7.1 seconds. Both fuel economy and CO2 emissions take a hit, however – this model will return just 26.9mpg while emitting 243g/km of CO2.

These units build on the current range that includes three diesels, two V6s – a conventional 302hp model or a 349hp diesel-electric hybrid – and a 339bhp 4.4-litre V8. The supercharged 5.0-litre petrols, with 503bhp or 542bhp, are also carried over.

All Range Rover Sports come with automatic emergency braking as standard, with Advanced Tow Assist being an all-new addition for 2017. The latter utilises cameras and the car’s touchscreen display to help you safely reverse with a trailer – it can steer the car autonomously as you operate the pedals. The system can even warn if it thinks you’re going to jackknife your rig.

Also new is what JLR calls Low Traction Launch, which reduces the engine’s torque to help drivers pull away on slippy surfaces such as mud and ice. It can be selected manually or you can just let the car do its thing –  automatically engaging the system when needs be.

Finally, the new Intelligent Speed Limiter can read speed limit signs and adjust the cruise control accordingly, plus you can also specify a blind-spot warning system – a useful feature in a car with such mammoth proportions.

The 2017 Range Rover Sport gets a new 10-inch touchscreen central display powered by InControl Touch Pro. It delivers smoother controls, can be operated using finger gestures, and has a wider range of apps available compared to the old 8-inch version.

It’s hooked up to a new satellite navigation system that learns regularly used routes so you don’t have to manually set your destination. Door-to-door routing means the sat nav can be set via your phone app, too.

The touchscreen system also operates the new  All Terrain Information Centre that provides useful (we use that term lightly) off-road data such as the direction the front wheels are pointing, wading depths as well as beaming back a live feed from the around-car cameras.

Pro Services enables drivers to download apps straight to the car instead of doing so through their phone, while InControl Remote Premium lets you lock and unlock the car, check its range and operate the air-con from anywhere with an internet connection.