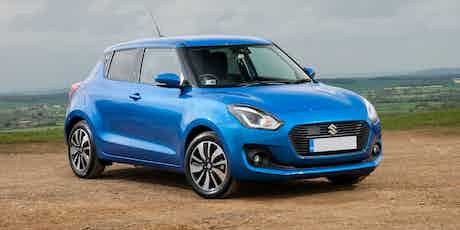 Suzuki’s announced official prices for its compact Swift. It’s offered in three trim levels and costs from less than £11,000

Suzuki’s announced just how much its new Swift will cost. This new Ford Fiesta rival is offered with 1.0-litre and 1.2-litre petrol engines, a mild-hybrid system and even four-wheel drive. Entry-level cars cost from £10,999 while top-spec cars will set you back £15,499 when they go on sale on 1 June 2017.

Here’s a complete price list for the new Suzuki Swift:

Suzuki’s confirmed metallic paint will cost an extra £485 across the range while a two-tone finish – where the Swift’s roof is painted a contrasting colour to its bodywork – will set you back £650. Order books will open on 1 June 2017.