How does park assist work? 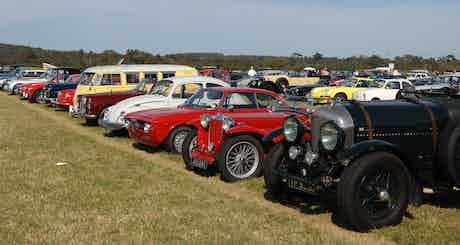 New cars are always striving to be safer and more stylish than their predecessors. This requirement often necessitates bigger, stronger car bodies, which compromises visibility. As a result, even some of today’s small cars can be quite difficult to park.

The reason? Cars have to be strong in a crash – as the safety standard improves so too must the strength of car bodies. This means more of the bodywork has to be made from stronger metals rather than weak glass leading to smaller windows and reduced visibility.

Fortunately, there are many systems fitted to new cars that can make things far easier. Here, we run through some of the most common, and some of the cleverest, parking aids currently available, and what to expect in the future, too.

The parking sensor has been widely used for some time now and, as a result, is the most common parking device on the market. Sensors mounted on the bumpers detect the distance of obstacles from the extremities of the car, and deliver an audible beep which gradually becomes more panicked the closer you get.

Some systems are now combined with a digital graphic which shows which part of the car is closest to an object, allowing for a safer, more accurate manoeuvre. Parking sensors can even be retro-fitted to a car which didn’t originally feature them.

A step-up from parking sensors, some vehicles now feature a rear-facing camera. Mounted high and pointing slightly downward, they show obstacles far more clearly than the rear-view mirror can. These cameras use a wide-angle lens to give you a broad field-of-view around the back of the car.

These images are relayed to the driver, usually by a screen mounted in the dashboard, and often feature guide lines which show the direction of the car based on the current steering angle and its proximity to obstacles.

At the posher end of the price range, cars like the BMW X5 feature numerous cameras dotted around the car, and can generate a bird’s eye-view image. This makes it far easier to see whether or not you’ll squeeze into the last available space or if you’re about to scrape those posh alloy wheels.

The optional system on the Range Rover Evoque allows the driver the option of switching between each camera individually so you can, for example, select the camera looking down at the kerb, so you’ll need never mount the kerb again.

Below is a clip showing BMW’s system in action:

One of the most intelligent systems currently available is known as park assist. This is about as close to a fully automated system as you’ll currently find.

Combining the cameras and sensors of the pieces of tech mentioned earlier, park assist systems can judge the size of a parking space, inform the driver whether or not it is a suitable size, and – with the driver controlling the speed – steer its own way into the space. It doesn’t matter if you’re looking for a space on the side of the road or in a multi storey car park either – most of these systems are now capable of both parallel and bay parking manoeuvres.

Park assist features on many cars – high-end versions of the Ford Focus, Volkswagen Golf and Seat Leon, to name a few.

This rather extreme example shows Ford’s tech being put to excellent use – viewers with vertigo should look away now:

Some car manufacturers are toying with fully automated parking systems, which negate the need for the driver to be in the car at all. Perfect for those who own a narrow garage, you simply step out beside your house, and the car will do the rest for you.

Similarly, BMW has been toying with the idea of a car that could valet park itself – saving you the hassle of finding a parking space at all. It would probably be an eerie sight though!

Now you know a little more about parking systems why not take a look at our list of the 10 most economical city cars on sale and decide which you’d rather squeeze into a bay at your local shopping centre. Then head over to our car configurator and see how much you could save. Or, for a schooling in how not to park check out our story on parking mistakes no one saw coming.