What is a Diesel Particulate Filter (DPF) on a car? 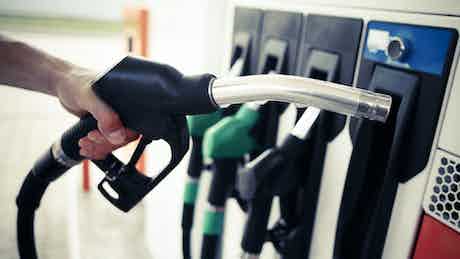 If you’re thinking of buying a diesel car, you may have heard the term ‘Diesel Particulate Filter’ being bandied about. But what is a DPF and what does it do?

A DPF is a filter fitted to the exhaust of a diesel car to catch soot and reduce other emissions. This guide will walk you through how the DPF works, how to maintain it and potential issues it can throw up.

What is the purpose of a DPF?

Diesel Particulate Filters started to appear on cars in 2009 as a way of reducing toxic emissions from diesel engines. Since Euro 5 emissions legislation came into force in 2009, all new diesel cars will have one.

Because of the way diesel cars burn fuel, they can produce a lot of soot from the exhaust. This is a very fine substance that can have serious health and environmental implications. The DPF catches this soot before it exits the exhaust, and destroys it.

How does a DPF work?

In principle, a DPF is a simple device. It’s a filter that’s fitted to the exhaust to catch the soot particles emitted from the engine.

The filter then stores these particles, before burning them off at high temperatures. This is called ‘regeneration’ and it reduces the emissions from the car, as well as preventing those plumes of black smoke associated with diesel cars.

There are two different ways the DPF burns (or regenerates) these captured particulates: passive and active. Both of these methods require extremely high temperatures, around 500 degrees celsius.

Passive regeneration happens when you drive the car over 40mph for an extended period of time, usually around 30-50 minutes after the engine has warmed up.

This temperature enables the hot exhaust to burn off the soot caught in the filter. If you mainly use your car in town, it’s recommended that you take regular longer journeys to allow the DPF to clear but not all drivers do. This is why manufacturers came up with active regeneration.

If the DPF fills with soot to a certain limit (usually around 45-50%), the engine’s computer will start the active regeneration process.

It will inject additional fuel into the engine to raise the exhaust temperature and burn off the soot. You may notice a change in the engine sound, an acrid smell from the exhaust, increased fuel consumption or increased idle speed.

During active regeneration, the DPF should be clear after around 10 minutes of driving at over 40mph. Problems can occur if the journey isn’t long enough for the process to complete, and you’ll get a warning on the dashboard to tell you the DPF is still partially blocked.

Which cars have a DPF?

All diesel vehicles sold after 2009 will have a DPF, however some models had them fitted before this date so it’s worth checking with the manufacturer to find out if your car has one.

Can a DPF become blocked?

If you only do short, inner city journeys in your diesel car then the DPF can become blocked because the exhaust won’t get hot enough to burn off the soot.

If you only do short journeys, it’s recommended you buy a petrol-powered car. Check out our handy guide for choosing between petrol and diesel cars for more information.

Should I buy a petrol or diesel car?

Most cars will have a two-stage warning system when the DPF gets blocked. An amber warning light will show when it’s partially blocked. This can usually be solved with a long drive at over 40mph to complete the active regeneration process.

A red warning light means you need to pull over and call for your car to be recovered to a garage, you may also get an additional engine management light. Continuing to drive with a completely blocked DPF can cause engine damage.

How to clear a blocked DPF

You can avoid all sorts of headaches if you deal with a DPF warning light as soon as possible. Familiarise yourself with how to get your car to regenerate by referring to the owner’s manual so you can do it as soon as an amber light comes on.

In most cases, going for a long motorway or A-road drive should be enough to solve an amber DPF light. However, if you leave it until it turns red there are still options.

If the DPF light turns red, don’t delay in getting it to a garage. Continuing to drive could cause expensive engine damage.

Some garages offer something called ‘forced regeneration’ which can clean blocked DPFs. This will usually cost around £100 and, in most cases, should solve the problem.

In the worst-case scenario, a new Diesel Particulate Filter can cost between £1,000 and £3,500 depending on the model of car. It’s easy to maintain your DPF by driving the car on longer runs, so it’s certainly worth doing.

Where is the DPF located?

The DPF is located in the exhaust of a diesel car.

How often does a DPF regeneration occur?

The DPF will usually regenerate when it’s around 45% full, but how long it takes to reach this level will depend on your driving style.

If you regularly drive at over 40mph for 30-50 minutes, the DPF will stay clear anyway. If you don’t do this, active regeneration should occur every 300 miles or so depending on how you use the car.

How long does DPF regeneration take?

If your car is mid-way through an active regeneration, it’s recommended you let it finish the cycle to prevent damage to the engine.

How long can you drive with the DPF light on?

The DPF light will typically come on when the filter is around half full, and it’s recommended you sort it there and then. Going for a 50-minute drive up the motorway is much less hassle than paying for the DPF to be cleaned or replaced.

Can a blocked DPF damage the engine?

Most cars will go into ‘limp mode’ to protect the engine if the DPF is blocked. This will limit the engine’s power and the car’s top speed to allow you to get off the road. Continuing to drive the car with a red DPF light on can cause damage to the engine.

Can I remove the DPF?

No, removing the DPF is illegal and you can face big fines for doing so. Your car will also fail its MOT without a DPF as the emissions will be too high.

Is premium diesel better for a car’s DPF?

There is no evidence to suggest that premium diesel makes much difference to the DPF, however running your car with a low tank can cause issues. If your fuel warning light is on, some cars won’t start the active regeneration process as it increases fuel consumption.

If your looking for a great deal on your next car, check out the carwow new-car configurator. Simply build your ideal car, then our network of trusted dealers will come back to you with their best offers. Not sure what model suits you best? Tap the button below to get help choosing the right car for you.