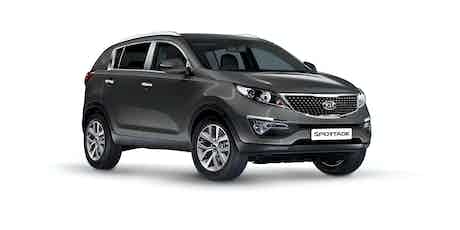 A new Axis special edition has been revealed for the Kia Sportage SUV. It gets pretty much all the kit you could need for a reasonable price

The new Kia Sportage Axis edition has been revealed. Only 1,200 will be made because Kia wants to focus on keeping this variant of the ever-popular Sportage as exclusive as possible.

Lots of equipment as standard

There’s a plethora of kit included on the Axis edition – most notably a full infotainment system with sat-nav and European mapping. This joins stop/start technology, LED head- and taillights, an auto-dimming rear-view mirror and a reversing camera.

Also included is a seven-speaker stereo system combined with Bluetooth music streaming – this includes a subwoofer and external amplifier which will make bass-heavy music sound excellent.

Externally, the Axis edition gets extra styling cues to make it stand out from the rest of the Sportage range. A black mesh radiator grille, roof rails, a roof-mounted ‘shark fin’ aerial and a set of 17-inch alloy wheels round off the upgrades.

Engine and drivetrain options have been selected based on the preferences of European buyers. You get a choice of a 1.6-litre 133hp petrol that averages 44.1mpg or a 1.7-litre turbodiesel with 114hp that manages 54.4mpg. Both are offered in front-wheel drive only.