What is a VIN number? 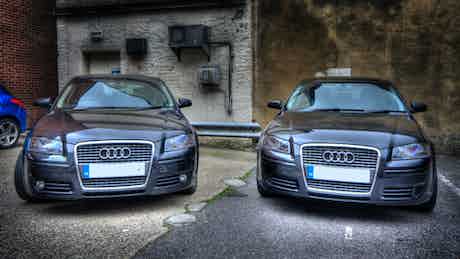 You may have heard the term VIN number thrown around before. Every car has one,  but what does it mean?

VIN stands for Vehicle Identification Number. It’s a 17 digit number which serves as a car’s unique identifier. You’ll find it in a few places around the car, usually at the base of the windscreen and on the chassis of the car.

Why is a VIN number important?

VIN numbers are crucial in helping to cut down on car crime such as theft and the selling of stolen vehicles. The VIN is completely unique to one car and it cannot be changed, making it easier to identify a stolen car.

The VIN number is also displayed in your car’s V5C logbook and it must match the VIN stamp on the car. If you’re looking at a car and the VIN on the logbook doesn’t match that on the car, walk away as it’s highly likely that the car is stolen.

All VIN numbers after 1981 will have 17 characters, and will be a mixture of numbers and capital letters. Each part of the number mean something different, here’s a breakdown of a VIN number:

Where is the VIN number on a car?

There are a few places the VIN will be printed on the car. If you’re looking at a used car, you’ll want to look for it in as many places as possible and make sure they all match. The first one to check is the V5C logbook, then check the car for matching VIN numbers.

Most cars in the UK will have a visible VIN at the base of the windscreen so the police can easily do identity checks on the vehicle. The car’s VIN will also be stamped into the chassis in numerous places, for example on the floor, in the engine bay or in the door shuts.

The VIN is stamped into the chassis so it can’t be removed or changed without causing significant damage. Some unscrupulous folk may try to grind or cut the VIN number to alter it, but this will be pretty obvious.

When buying a used car, one of the most important things to check is that the VIN printed in the V5C matches the VIN stamped on the car. If these don’t match, there’s a good chance the car is stolen so walk away.

What is an HPI check?

The VIN can tell you a lot more about the car’s history than whether it’s stolen. You can also check if the car has any outstanding finance, if there are any recalls from the manufacturer or if it’s been written off.

You can check your car’s VIN number using an online service such as hpi.co.uk to search a car’s history. There will usually be a charge for these services of around £30.

Can I change a VIN number?

There are only a few situations where a VIN number will need to be changed. If you have a kit car, if your car’s been rebuilt or altered in such a way that it doesn’t match the original VIN, the DVLA will have to assess your car and will possibly issue it with a new VIN.

This can only be done by the DVLA though, altering your VIN without approval from the DVLA is highly illegal.

When should I check a car’s VIN number?

If you’re looking at buying a second hand car, it’s worth checking the VIN to ensure it isn’t stolen, written off or has outstanding finance.

You can also use the VIN to check if your car has any outstanding recalls from the manufacturer.

If the VIN on your car and the V5C are different, this is a huge cause for concern. It could mean your car is stolen or cloned, which is when criminals swap the VIN on a stolen car to hide its identity.

It could also mean the car is “cut and shut”, which means it was involved in a bad accident and two cars have been welded together. These cars are extremely unsafe and you should stay well away.

Is the chassis number the same as the VIN number?

Yes, the chassis number and VIN are the same thing. Chassis number just refers to where the number is stamped on the car. The engine number is completely different however, as the engine can be changed.

Buy your next car through carwow

If you’re looking for a new car at the best price, head over to our configurator. Simply tell us what you’re looking for, then sit back and relax as our trusted dealers come back to you with the best offers so you know you’re getting the car for a fair price.

Check out our configurator