UK number plates explained: How do they work? 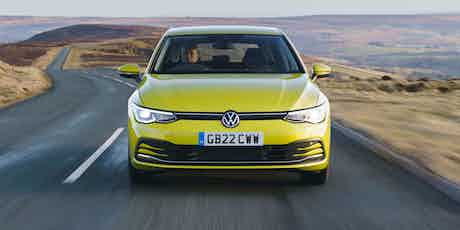 The UK’s number plate system is complex, but worth understanding; our guide explains all

Knowing how the various systems work can help ensure you get a car that’s the age you want, while also helping steer you away from potentially illegal number plates that could get you in trouble with the police. Our guide explains all.

How do UK number plates work?

The current format of licence plates for new car registrations came into use in 2001. The number plate is split into three sections. From left to right these are:

You can see how this will pan out until 2029 in the table below:

There are strict rules concerning the specification of the letters and numbers in the reg plate.

What is a green number plate?

As of 8th of December 2020, if you buy a new fully electric car (or one powered by a hydrogen fuel cell) you can choose to have your car fitted with a so-called ‘green number plate’. These have a green flash on the left-hand side of the reg plate to indicate the car’s zero tailpipe emission credentials.

You can opt-out of having the green flash on your plate if it’s not to your taste, but dealers are likely to fit them as standard on newly-sold electric cars. At the moment, they’re only a cosmetic item rather than allowing any certain EV privileges.

What is a private number plate?

Private number plates, also known as personalised, cherished or vanity plates, are number plates that are bought based on the specific characters they contain. Personalised plates can be bought directly from the Driver and Vehicle Licensing Agency or, if they’re already in circulation, can be purchased from auctions, traders or private individuals.

Personalised number plates can represent anything from a driver’s or company’s name, to a meaningful date, or any other word or words, as long as they are not deemed offensive (see the banned number plates section below). Some private plates are simply chosen because their owners like the combination of letters and numbers they contain, or they may have become attached to a specific plate over their driving lives, and wish to transfer it onto their next car.

Be warned, though: it is illegal to alter the spacing of personalised number plates – even those with fewer than seven characters must adhere to the strict spacing and font rules, while adding coloured screws to alter the appearance of letters or numbers is also illegal. You risk a £1,000 fine if you break the rules, and your cherished plate could be rescinded by the DVLA.

Are there any banned number plates?

Yes. Each time a new age identifier is released every March and September, the DVLA has a meeting where they try to work out whether any permutation allowed by the new digits could be used as part of an offensive word.

Anything to do with violence, sex or discrimination is automatically banned, while number plates that slip through the net can be rescinded at a later date.

What is a green number plate?

As of 8th of December 2020, if you buy a new fully electric car (or one powered by a hydrogen fuel cell) you can choose to have your car fitted with a so-called ‘green number plate’. These have a green flash on the left-hand side of the reg plate to indicate the car’s zero tailpipe emission credentials.

You can opt-out of having the green flash on your plate if it’s not to your taste, but dealers are likely to fit them as standard on newly-sold electric cars. At the moment, they’re only a cosmetic item rather than allowing any certain EV privileges.

Several different number plate systems existed prior to the current one. Number plates only changed once a year between 1983 to 2001, with the age identifier being a single letter at the start of the plate.

Why does my car have a number plate?

Quite simply, to give it a unique identification so it can be linked to a registered keeper, and so it is obvious that it is a road legal vehicle.

What information can you get from a UK number plate?

UK number plates allow you to determine how old a car is, and where it was first registered.

When do UK number plates change?

A new age identifier comes out twice a year on the first of March and September.

Do you need a front number plate in the UK?

Yes, it is a legal requirement for all cars to wear a front number plate.

How much is my number plate worth?

As little as nothing, or as much as several hundred thousand pounds. It is unlikely anyone would pay for a ‘standard’ number plate, unless it means something to them – in which case it may mean something to someone else, too, and may therefore be considered a personalised number plate.

The most expensive number plates typically have very few characters and/or represent rare and exotic cars. The plate ‘X1’ was sold for around £500,000 not too long ago, while plates that contain the numbers ‘911’ tend to be in demand with Porsche 911 owners, for example. The cheapest plates can be nought from the DVLA for as little as £250.

Where can I get number plates made?

You can only get number plates made up by registered suppliers, and you can find a list of these on the government’s official website. A number of plate vendors are also available online, but check they are officially registered before you buy, as this will ensure the plates meet legislation.

What should I do with old number plates?

This depends on the circumstances. Our handy guide has all the details.