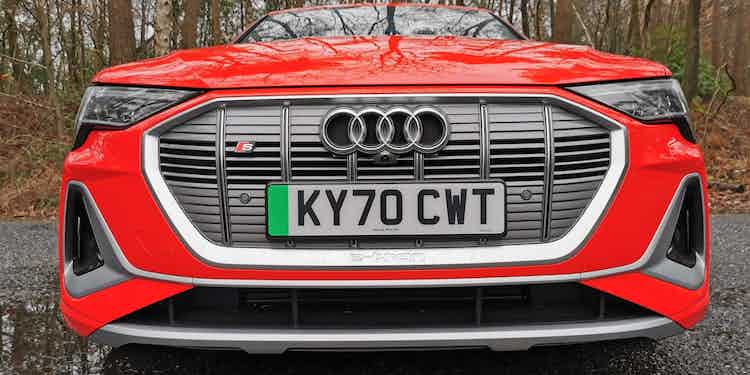 In June 2020 the Transport Secretary confirmed that green number plates would be rolled out for electric cars in the UK.

You may have seen one of these new number plates and wondered what they mean, which cars are eligible to use one and what the reasons for them are. In this article,

we’ll take a closer look at the UK’s new green number plates and explain everything you need to know about them.

What are green number plates and why do we have them?

Green number plates were announced in June 2020 and the scheme began in December 2020, when cars began to be fitted with these new plates.

The plates can only be fitted to cars that produce zero tailpipe emissions, so only pure electric cars can benefit from them. Hydrogen cars will also be able to use them but these are a niche type of car at the moment.

Although hybrids and plug-in hybrids use electric motors, they are not zero-emissions cars and are not able to use the new green number plates. Cars, vans, buses, HGVs, taxis and motorcycles can all use them as long as they have zero emissions.

These plates are still yellow and white but have a green box to the left of the lettering. The plates themselves are also made using more sustainable materials than traditional acrylic plates.

They were introduced as part of a plan to promote electric and low-emissions cars ahead of the planned 2025 cut-off date for petrol and diesel car sales. The government hopes that green number plates will be another incentive to get motorists to buy electric cars instead of petrol or diesel ones.

Transport Minister Rachel Maclean said: “Not only will green number plates raise awareness of the increasing number of cleaner vehicles on our roads, they could also unlock a number of incentives for drivers. It’s clear there has never been a better time to make the switch to a zero-emission vehicle.”

What are the benefits of a green number plate?

The government says that these plates “make it easier for cars to be identified as zero-emission vehicles, helping local authorities design and put in place new policies to incentivise people to own and drive them”.

These incentives could include things like cheaper parking for electric cars or access to bus lanes – it would be up to local authorities to decide on these.

These schemes are yet to be implemented, so they are hypothetical at this point. Even if you don’t have a green number plate, you may still be able to get access to these kinds of incentives via ANPR technology, as this doesn’t require the green number plate to work.

Where can I get a green number plate?

Don’t worry – green number plates aren’t compulsory for electric car owners, though it’s likely that dealers will fit any new models with them as standard.

At the moment the green number plates are cosmetic only, so the cost of adding them to your existing EV may not be worth it.

If you already have an electric car and want to fit the new green number plates, find an approved number plate maker near you. You can use this government website to help. Most motor factors and big stores like Halfords can make them for you.

Get the latest electric car deals

They cost about £40 for a pair and to get them you’ll need to provide ID and proof you own the car (using the V5C document). This is the same as when you get new number plates of any kind.

You could fit them yourself but the plate suppliers often offer a fitting service so you don’t have to bother doing it.

Of course, to get a green number plate you’ll need to have an electric car. If you don’t have one already, you can find out which ones are the best on our Best electric cars page or see how several of the current crop fared in our ultimate range test.