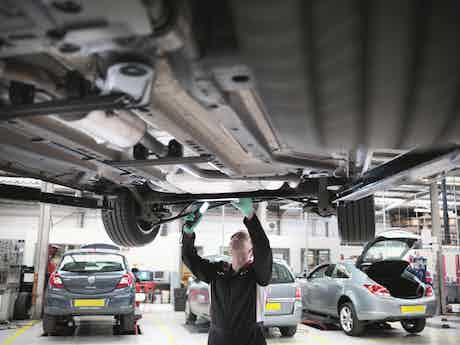 MoTs could be required every two years rather than annually, according to proposals reportedly set out by Transport Secretary Grant Shapps.

The suggestion comes as the Government seeks to tackle the cost-of-living crisis, but with MoT tests legally capped at a maximum of £54.85, transport experts have questioned whether such relatively small savings are worth making given the potential risks involved.

Commenting on the proposals, which were reported by the BBC, Jack Cousens, head of roads policy for the AA, said the biennial MoT test suggestion was “well intended”, but warned that was well as potentially having the potential to “make costs worse for drivers with higher repair bills”, removing the need for an annual inspection of cars could “make our roads more dangerous”, while also risking jobs in the garage industry.

Around 30 million MoT tests are carried out annually on cars and vans in the UK. The inspection checks for everything from structural rust and defective brake lines, to perished windscreen wipers and blown headlight bulbs.

MoT tests also include a check of exhaust emissions, meaning a move to biennial inspections could lead to petrol and diesel cars emitting more pollutants than they should.

The MoT test originated in 1960 and received a major overhaul in 2018, with vehicle defects being categorised as Dangerous, Major or Minor, and tougher emissions checks for diesel vehicles introduced.

Lockdown saw a voluntary extension to the annual MoT requirement, with tests being valid for 18 months rather than 12. This extension ended in August 2020, while a previous proposal to not require its first MoT until a car turned four years old rather than three was scrapped.

Speaking at the time, then Roads Minister Jesse Norman said they were keeping the three-year rule as: “there has been a clear public concern that any further changes don’t put people’s lives at risk.”