News Exclusive: authorities rack up an estimated £1.25 million in emission and penalty charges

Exclusive: authorities rack up an estimated £1.25 million in emission and penalty charges 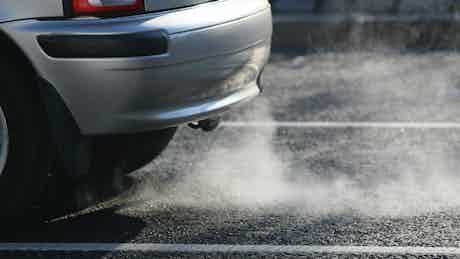 Driving in town can be a stressful affair, with numerous rules adding to the challenge of busy roads, and fines for breaching these rules relatively easy to incur.

Motorists may take heart, however, that Transport for London (TfL) and some of the 32 councils in charge of the capital seem incapable of avoiding these fines and charges, with a series of freedom of information requests made by carwow revealing the organisations have been charged an estimated £1.17 million since 2017.

Birmingham City Council, meanwhile, has charged itself £77,768 in fees and fines due to non-compliant council vehicles entering the city’s Clean Air Zone (CAZ) since the zone became operational in June 2021.

A total of £1,250,453.92 in estimated fines and charges were uncovered by carwow’s investigation, which involved asking authorities in the country’s two largest cities how many times since 2017 vehicles under their stewardship had incurred:

London’s Ultra Low Emission Zone, or ULEZ, was introduced in April 2019 and sees drivers of more polluting vehicles have to pay a daily £12.50 charge to enter the zone. The ULEZ originally occupied the same small central area as the Congestion Charge zone, but was expanded in October 2021 to include everywhere inside the North and South Circular roads, where it operates on a 24/7 basis. A consultation is currently ongoing on expanding the ULEZ to cover Greater London.

See if your car is ULEZ compliant with our handy tool

The ULEZ is administered by Transport for London (TfL), and while the organisation told us all its vehicles are registered to its ‘AutoPay’ system, meaning it had incurred no fines for entering the zone without paying, TfL had charged itself £16,387.50 for 1,311 instances of non-compliant vehicles entering the zone since it was introduced.

The majority (991 entries, costing £12,387.50) were in 2019 when the zone was first introduced, with TfL highlighting that the only non-compliant vehicle that now enters the ULEZ regularly “is used by the London Transport Museum to occasionally move stock and items”.

London councils incurred higher charges, though. The Royal Borough of Greenwich was charged £32,300 by TfL for the 2,584 journeys its non-compliant vehicles made into the ULEZ between October 2021 (when the ULEZ expanded into the borough) and April 2022.

Greenwich explained that the supply-chain issues that have impacted new-car production had “affected vehicle availability and delayed new vehicle deliveries” for its fleet, indicating it has had difficulty procuring ULEZ-compliant vehicles.

Ealing council, meanwhile, was charged £20,437.50 for the 1,635 times its non-compliant vehicles entered the ULEZ.

Some London councils, including Wandsworth, Hammersmith and Fulham, and Hackney told us all their vehicles were ULEZ compliant.

There is a £160 penalty for not paying the ULEZ, reduced to £80 if paid within 14 days. Every council penalised for failing to pay the ULEZ said they had paid within that time period for the reduced fine.

Brent council had been issued 23 penalties by TfL for non-compliant vehicles entering the ULEZ without the charge being paid, for a total of £1,840 in fines.

Barnet council was issued 16 penalties for the same, for a total of £1,280 in fines.

In addition to the ULEZ, Transport for London operates the LEZ, or Low Emission Zone. This covers a far wider area and sees large vehicles like lorries, buses and coaches charged between £100 and £300 to enter the zone, with bigger vehicles charged more.

London’s ULEZ may be the best known emission zone in the UK, but Birmingham’s CAZ, or Clean Air Zone, began operating in June 2021.

The CAZ covers all roads within the Middleway Ring Road in Birmingham and works under similar rules to London’s ULEZ, operating 24 hours a day and seeing more polluting cars, taxis and vans charged £8 to drive in the zone, while non-compliant buses and lorries pay £50.

Birmingham City Council told us non-compliant council vehicles made 3,586 into the CAZ since June 2021, leaving the council with a bill of at least £28,688, and up to £179,300, depending on the type of vehicles in question.

The council also fined itself 818 times between October 2021 and April 2022 for failing to pay the fee, for a total of £49,080 in penalties, assuming the reduced rate was paid.

The ULEZ and LEZ are just two schemes that can see drivers in London face fees or fines, with breaches of numerous other road rules seeing vehicles issued with Penalty Charge Notices, or PCNs.

PCNs can be issued for various offences including driving in a bus lane, stopping in a box junction, driving the wrong way down a one-way street or breaking parking rules.

PCN charges range from £130 to £60, but the most common charge issued by London boroughs is £130, with one council highlighting that 98% of the PCNs its vehicles received were at the higher rate.

We asked all organisations how much they had paid in PCNs, and while some could tell us the precise amount or an average cost, others could not; in these latter instances our calculations assume the standard fine of £130 was issued, although councils may have paid the reduced rate for early repayment, received lesser fines, or the PCNs may have been overturned on appeal.

Islington council told us that vehicles under its stewardship had received 2,117 PCNs from 2017 to mid-2022, the highest figure of any council responding to our request.

The vast majority of these charges (1,668) were actually issued by Islington to its own vehicles, with the council saying the average penalty charge it issued itself was £129, giving its own vehicles penalties equivalent to £215,172.

A further 449 penalties were issued to Islington council vehicles by other councils, and while Islington wasn’t able to provide an average cost for these, working on the assumption the penalties were for £130 represents an additional £58,370 in fines.

TfL said it passes charges on to drivers if PCNs are “incurred because of blatant disregard of requirements”, with drivers responsible for PCNs costing £103,638 in penalties, and TfL £76,245.

Other notable PCN charges include:

We asked the authorities what the five most common offences that incurred PCNs were. Answers varied depending on the authority, but bus lane, box junction and parking infractions were common causes among many organisations.

Hackney council, for example, highlighted the following top five offences it issued to its own vehicles since April 2019:

‘Failing to comply with a prohibition on certain types of vehicles’ PCNs can be issued for a variety of reasons, but they are commonly linked to drivers breaching Low Traffic Neighbourhood (LTN) rules.

LTNs are one of the more contentious projects deployed by local councils in recent years. These schemes see residential roads closed off to vehicles either permanently or during certain hours, with barriers or planters physically closing the roads, or cameras enforcing the rules, with PCNs issued for breaches.

LTNs have created significant division among local communities, with their proponents insisting they discourage car use, and their critics highlighting they turn leafy, well-off streets into de facto cul de sacs while pushing traffic onto major roads, increasing pollution for residents there.

Most councils either told us vehicles under their stewardship had not incurred any penalties for breaching LTN rules, or they were unable to separate such penalties from their pool of PCNs.

Islington council, however, told us its drivers had incurred 129 LTN penalties between November 2019 and 26 May 2022, although it added that this number “may include some PCNs issued to exempt vehicles such as refuse collection”.

Enfield council vehicles incurred 83 LTN penalties from September 2020 to March 2022, each costing £130 or £65 depending on if they were paid within 14 days – although costs for these were passed onto the drivers who incurred them, rather than being settled by the council.

Greenwich council reported 35 LTN PCNs from September 2020 to February 2022, while Waltham Forest told us of five.

An October 2020 cyber attack meant Hackney council was only able to tell us about PCNs its vehicles received between April 2019 and April 2022, but despite this restricted timeframe Hackney still lodged a total of 1,553 PCNs, for a total of up to £201,890 if working under the assumption each penalty was £130.

carwow received responses from 20 councils, but while some did not reply to our freedom of information requests within the 20-day time limit permitted, others told us their systems were not set up to allow for the interrogation of data required by our request.

One borough, however, has pledged to evaluate the way it collates data as a result of our investigation. Camden council stated that while it could not supply us with the information we asked for within a reasonable timeframe, it would consider changing how it collected such data in future. The council said:

“Following your request, we will look into compiling this information going forward in a central place. So 12 months of information may be available this time next year.”

Authorities respond to our investigation

Transport for London told us it is “committed to reducing road danger and disruption in London”, and as such its vehicles are not exempt from road rules. The organisation said: “Any TfL employee who receives a PCN while working is reminded of our expectation that TfL employees must comply with all laws at all times, including abiding by the rules of the road.”

TfL added that any money it received for PCNs it had issued are reinvested back into London’s transport network.

Birmingham City Council told us it is “investing in a cleaner fleet so all vehicles operated by the council meet the emission standards of the Clean Air Zone”.

The council said it aims to be a net-zero city by 2030, and added that it began replacing its fleet in 2021, and will continue to do so “in line with the fleet policy of individual services.” Birmingham added that a CAZ charge is incurred by the council, this is paid for “from the budget of the relevant service area.”

The Royal Borough of Greenwich told us it “planned to replace non-compliant vehicles ahead of the ULEZ introduction”, but “due to the pandemic’s effect on the motor industry, in terms of staffing shortages, factory closures, material shortages and price rises, timelines have had to extend to ensure service delivery for residents.

Greenwich also said that it “operates a large fleet of vehicles and is issued with PCNs in the same way as other road users”. It added, though: “that a substantial proportion of PCNs have been successfully appealed as the use of the vehicle in the specific area was necessary for the undertaking of a statutory duty. The council also said its drivers were responsible for paying PCNs if they “are found to have breached traffic regulations”.

Ealing council told us it “fully supports” the expansion of the ULEZ, adding: “We are ensuring our current fleet is replaced by electric and lower polluting vehicles as fast as possible. We have introduced 8 zero emission cars and vans, which makes up 10% of the fleet, and we are expecting to introduce a further 21 in the coming months. Completing this transition is going to take a little time, as we ensure continuity and quality of services to residents.” Ealing added it is introducing 145 emission-compliant vehicles over the coming months.

A spokesperson for London Councils, which represents local authorities in the capital, told us: “Boroughs are committed to using road safety schemes and traffic reduction measures for the benefit of their residents. These figures demonstrate that when it comes to enforcement, London boroughs and their contractors are certainly not above the law.

The spokesperson said that London councils have “large and varied fleets covering a wide range of activities and services” and also sometimes use third-party contractors. They added: “Sometimes these factors will lead to issues around compliance – for example, ageing council vehicles not yet updated to meet ULEZ standards or out-of-borough contractors being unfamiliar with local restrictions.

London Councils said that “boroughs are working to address these issues and to reduce the number of charges in future.”