Can you lease a used or second-hand car? 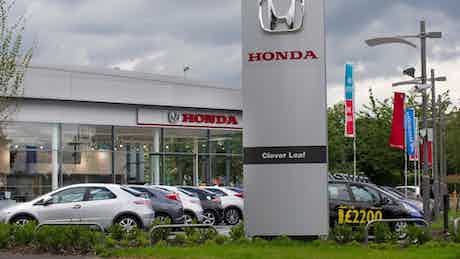 Leasing is incredibly common in the new car market, but did you know you can lease used cars too? Read on to find out more.

Leasing is similar to a long-term rental. You’ll pay an up-front fee followed by monthly payments over the length of the contract, before handing back the vehicle at the end of the term.

Car leasing is typically mentioned in relation to new cars, but did you know you can also lease a used car?

Used car leasing is an attractive prospect, because you could jump into a relatively new car for a lower cost than a new model, and allows you to switch cars more often. Below we take a look at how a second hand car lease works and whether it’s a good idea.

How does used car leasing work?

Leasing a used car works in much the same way as leasing a new one. You’ll make a monthly payment over the duration of a contract, which varies from about two to five years.

At the start of the contract you will pay an initial rental fee, which is typically equivalent to between one and six months of payments, though this can vary. You will be responsible for keeping the car in good condition, and there will be an annual mileage limit that you’ll be charged for if you go over.

It’s important to know that you never own the car when leasing, and will have to return it once the contract ends.

There’s no limit to what used cars companies can lease, though they tend to be pretty new — usually less than five years old. Some dealerships may be able to offer you a leasing option when you choose a used car, or you can use an online broker to search through used car lease deals that match your specific needs.

What are the pros and cons of leasing a second hand car?

Should you lease a new or used car?

Leasing a new and used car is a similar process, but there are more advantages to leasing a new car if you can afford the monthly payments.
For a start, leasing a used car should provide lower costs, but with older cars there’s always the risk that things could go wrong. Once you factor in the cost of maintenance and repairs over the course of the contract, you might find there’s little to no difference in price.

As well as the fact you’re jumping in a new model with all of the latest technology, there are other benefits to leasing a new car, such as the fact you don’t have to worry about MOTs and they are more likely to come with a manufacturer warranty.

However, if the repayments are too expensive on a new car, leasing a used model is a great way of getting into a relatively new second hand car at a more affordable price.

Lease your next car with carwow

If you’re interested in leasing a new car, the process is simple with carwow. Simply head to the car leasing page and you can browse the top deals or narrow down your search by specific makes and models, body types and monthly budget.

Once you’ve agreed the terms of your contract, the car will be delivered for free with your price also including warranty and road tax.

Nissan Qashqai vs X-Trail: which used car is right for you?
Ford Fiesta (2008-2017) used buying guide
Is there VAT on used and second-hand cars?
Where to buy used cars
How to claim for pothole damage
Head-up displays (HUDs) in cars: what are they?
10 best handling cars
What is a good mileage on a used car?
Find the cheapest petrol prices – UK price comparison. Plus: prices set to fall
Car subscription: what is it and how does it work?
Business car lease vs personal car lease
Company car tax on electric cars explained
10 best cars for long-distance driving
Mini Excitement Pack: what is it and is it worth it?
Using a mobile phone while driving: what’s the law?