Using mobile phones while driving: laws to be tightened to improve road safety 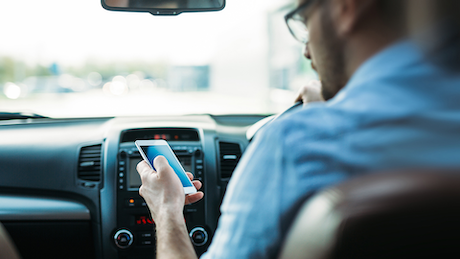 The department for transport has announced a tightening of the laws surrounding mobile phone use behind the wheel which come into effect next year. Read on for all you need to know.

What are the current laws around mobile phones?

As it stands, it is already illegal to use a hand-held mobile phone to text or make a phone call while driving. If you’re caught doing so, you’ll face a £200 fine and 6 points on your licence.

What are the new laws around using a mobile phone?

Under new laws being introduced, it will be a lot easier for the police to prosecute people for using their phone while driving. It will become illegal to use your phone to take photos or videos, play games or scroll through playlists.

Drivers will still be allowed to have a phone for sat nav, so long as it is secured in a cradle. There is also an exception for people using a phone to make a contactless payment while stationary, for example at a drive-through or toll booth, but the law does stress that this doesn’t apply to general online payments, such as grocery shopping.

You will still be allowed to make phone calls during an emergency. This only applies if you need to call 999 and it’s not safe or practical to stop.

The penalty for using a mobile phone behind the wheel will remain the same, a £200 fine and 6 points on your licence.

Why are the laws around mobile phones changing?

The main reason for this change in the law is road safety. According to data from the THINK! Road Safety Campaign, you are four times more likely to be involved in an accident if you’re on your phone.

Transport secretary Grant Shapps said: “Too many deaths and injuries occur when mobile phones are being held.

“By making it easier to prosecute people illegally using their phone at the wheel, we are ensuring the law is brought into the 21st century while further protecting all road users.”

A Government-led public consultation also found that 81% of participants supported the proposal to make it easier to prosecute people for using a mobile phone while driving.