Why is there a fuel shortage in the UK? 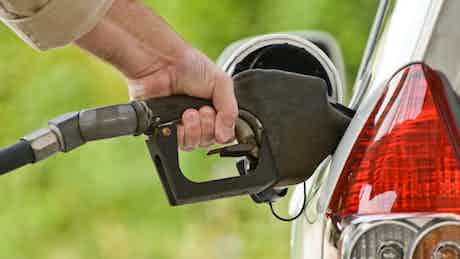 Have you tried to refuel your car recently? You probably experienced long queues and possibly even closed filling stations. But, why is the UK suffering from an apparent fuel shortage?

Why is there a fuel shortage in the UK?

The term ‘fuel shortage’ is a bit of a misnomer. Transport secretary Grant Shapps stated that there were adequate fuel supplies at the refineries, but it is delivery issues that are causing the shortage at petrol station forecourts.

There is currently a shortage of HGV (Heavy Goods Vehicle) drivers in the UK, and this has resulted in fuel deliveries to forecourts being delayed. The combined effects of the Covid 19 pandemic, Brexit and a lack of Government foresight have been blamed by some for this situation.

Where can I buy petrol?

This is a developing situation and it is difficult to know for certain which petrol stations have fuel and which do not. The major fuel companies have stated that they are continuously replenishing affected fuel sites with an average turnaround time of 24 hours.

Motorway service-station forecourts and certain supermarket stations have been given priority over independent service stations, so these would be your best bet for finding fuel – especially outside of major city centres. It is advisable to refuel before your tank is nearly empty to reduce the number of refuelling stops you need to make.

What areas are affected by the fuel shortage?

The entire UK has been affected by the fuel shortage, however, built-up urban areas have been hit the worst. London and the south-east of England have experienced severe shortages.

How long will the fuel shortage last?

There have been a number of predictions with more optimistic sources stating that the shortage could be over within a week. However, panic buying, unseen delivery issues and other factors make it very difficult to accurately predict when things will return to normal.

The underlying issue of an inadequate supply of qualified HGV drivers will take some time to rectify.

What is being done about the fuel shortage?

The government has attempted to tackle the HGV driver shortage in a number of ways. On Sunday 26th of September, it announced there would be a temporary suspension of the 1998 competition act for the energy industry. This includes the entire supply chain from producers to suppliers and retailers and will allow them to work together to start replenishing fuel supplies in the worst affected areas.

There has also been a relaxation of Visa requirements to allow foreign HGV drivers to help ease the shortage. This should also help the Driver and Vehicle Licensing Agency (DVLA) process its backlog of local truck driver applications.

It can take up to 8 weeks to get an HGV license – which includes theory and practical tests and waiting for the DVLA to sort out the required paperwork. There is an estimated backlog of 40,000 drivers waiting to complete their HGV licenses.

Another plan being considered is to draft military personnel to drive tankers. However, there is some concern over whether they have the required skills to properly operate civilian fuelling equipment.

Fuel companies are managing supplies to forecourts to help balance the distribution across the country.

What can I do during the fuel shortage?

Don’t panic. Motorists panic-buying fuel has greatly exacerbated the issue with some forecourts experiencing a five-fold increase in demand. Media reports of fuel shortages have fed this frenzy but only buying fuel when you need it will ease the pressure as the situation is bought under control.

Limit your trips to essential journeys, and if you have an electric vehicle try not to look too smug when charging your car at a forecourt.

Speaking of which, why not check out the top 10 best electric cars on sale now, or compare the latest carwow offers on a range of cheap-to-run cars.