What is ESP on a car? 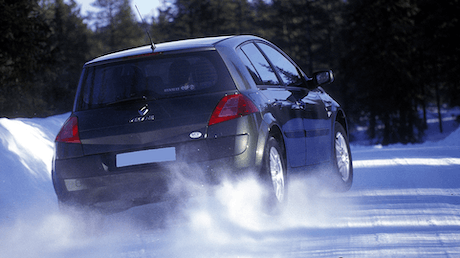 It’s possible you’ve heard about these three letters, but what is ESP exactly?

Well, it’s a safety device that you’ll find on any modern car and it’s there to help keep you on the road in tricky conditions.

An electronic stability program (ESP) is a system designed to help counter a loss of traction on the road.

Another commonly used term for such systems is ESC (electronic stability control). You’ll find different manufacturers have their own names, but most systems work in a very similar way.

How does ESP work?

ESP works by cutting engine power and (in some cases) automatically applying the brakes when a loss of traction is detected. In short, it’s designed to stop you from skidding.

To what degree ESP works will vary depending on the car. Low-cost cars will likely have a simple system that will cut most of your car’s power when a loss of traction is detected and apply all of the car’s brakes when appropriate.

More sophisticated systems do exist though, typically more so on high-end performance cars. These can cut precise amounts of power to help maximise traction, and even apply small degrees of braking force to individual wheels.

What’s the benefit of ESP?

Simply put, ESP is there to stop your car from skidding and help keep you in control.

For example, on a frosty day, you may hit a patch of unexpected ice and you may find yourself skidding across the road. An ESP system will detect a sudden loss of grip, and reduce power to help you regain control.

It’s worth noting that an ESP system will never completely eliminate the risk of you skidding. In tricky driving conditions, always take it easy on the throttle and be vigilant of potential hazards.

Which cars have ESP?

Since 2014, it’s been a legal requirement for all cars in the European Union to be fitted with an ESP system. This continues to apply to cars in the UK post-Brexit as well.

Early forms of ESP systems have been around since the 1980s though and became a more mainstream feature from the early ‘00s onwards on new cars. There’s a strong chance your car has some form of ESP, even if it’s quite old.

Is ESC the same as ESP?

Is traction control the same as ESP?

Though some ESP systems can work in tandem with a car’s traction control system, they’re not exactly the same thing. Traction control is a system that focuses on reducing wheelspin by electronically limiting the amount of power sent to the driven wheels when you accelerate hard. ESP systems usually engage when you’re braking or cornering on slippery surfaces.

What does it mean if my ESP warning light comes on?

If your ESP warning light comes on while you’re driving, it’s because the system is in use. This will be if a loss of traction is detected.

It should only appear for a very short amount of time, though. If your ESP light remains on, it could be a fault with a sensor or the system.

Can I drive with ESP turned off?

Some cars will allow you to turn the ESP system off. This may be useful when driving in snowy conditions in older cars, though it’s best left on in most cases.

If you do turn the ESP off, be aware that you won’t have electronic assistance from the car if you begin skidding.

Some cars may also allow you to reduce the impact an ESP system has too, particularly performance cars. A common term for this type of system is ‘ESC Sport’.

Can I change the colour of my car?
What does TDI stand for?
10 best cars for students 2022
How often should you service your car?
Number plate retention guide
6 best new car warranties in 2022
What is MPG in cars?
Top safest cars in the UK (2022)
What does TSI stand for on a car?
The 10 best used family cars
Euro NCAP ratings explained: how safe is your car?
10 best cars with three full rear seats
Selling a deceased person’s car
The best cars with big boots
Lost your car keys and don’t have a spare? Here’s what to do