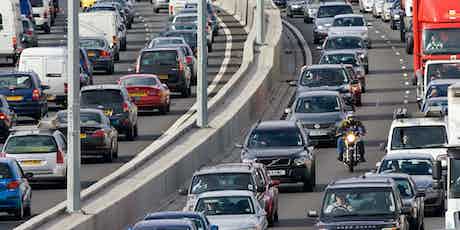 Highways England will lower the speed limit to 60mph on nine UK motorways in efforts to reduce air pollution. Read on for everything you need to know.

Highways England has announced plans to introduce temporary 60mph speed limits on several UK motorways in an attempt to reduce levels of Nitrogen Dioxide (NO2) in the surrounding areas.

High N02 levels (above 40 micrograms per cubic metre) are linked to a variety of health problems, and poor air quality is responsible for nearly 40,000 premature deaths each year.

Highways England (HE) assessed 101 of the UK’s most important roads and found that the areas surrounding 30 of them have air quality that is well below acceptable levels.

In some instances, the limits are even lower, with a portion of the M621 already being limited to 50mph while a section of the M32 has a 40mph limit.

A further 35 areas are undergoing additional analysis before remedial measures are implemented. Aside from the reduced speed limit, other measures (such as erecting 9.3m high ‘air quality’ barriers along the motorway, retrofitting buses with NO2 filters and traffic management systems) have also been suggested in certain areas.

According to Ivan Le Fevre, head of environment at Highways England, the solution to the poor air quality will ultimately be resolved when less polluting vehicles become more commonplace on our roads.

There is no set date for when these speed limit trials will end, but if they do indeed appreciably lower NO2 levels then they may remain in place for some time to come.